India's Narendra Modi is a hugger of global proportions 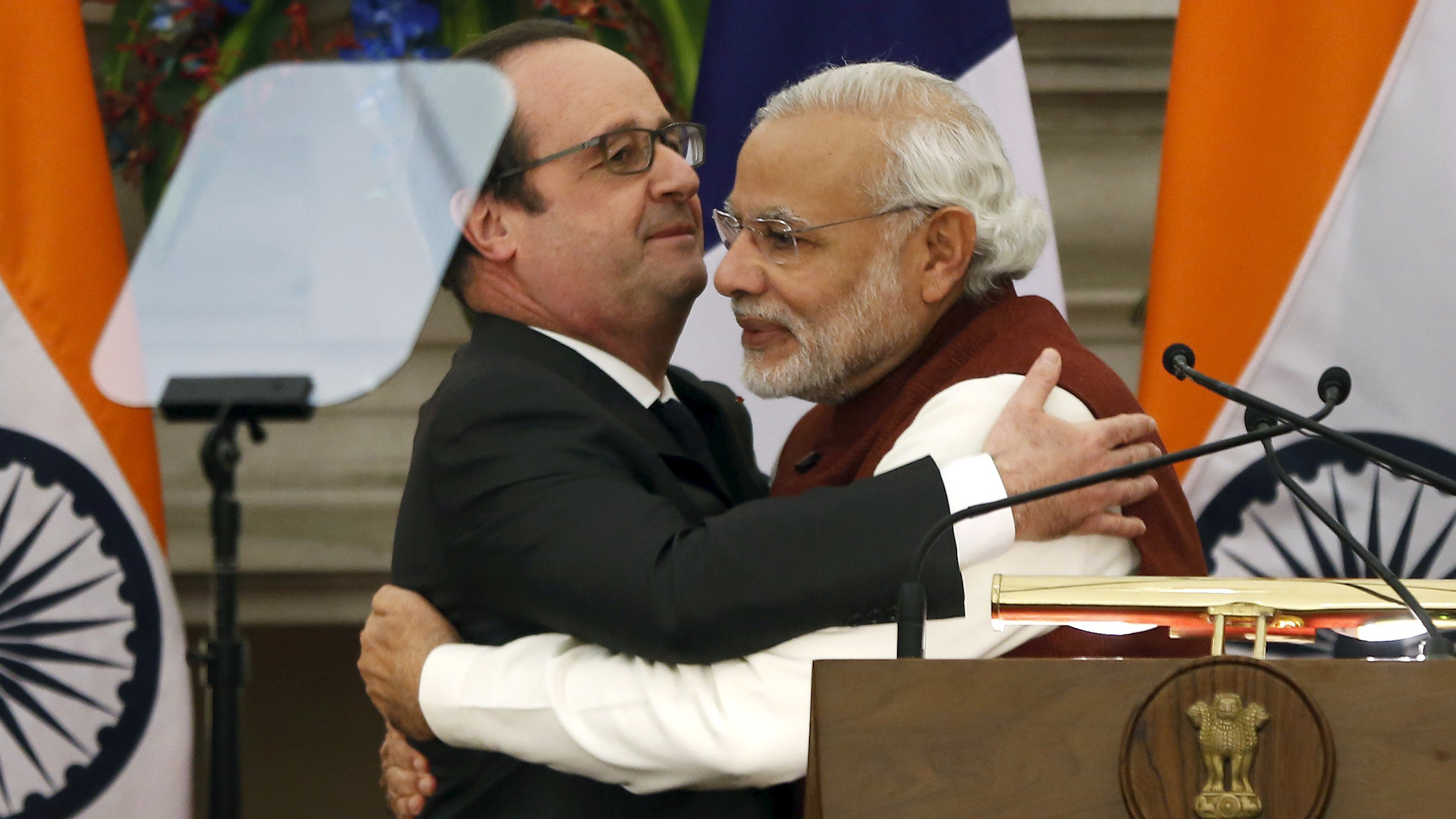 India's prime minister is a hugger and no world leader or tech titan can avoid his embrace. (Jason Aldag, Adam Taylor/The Washington Post)


Indian Prime Minister Narendra Modi is known to be a tactile man. In official appearances, whether he is meeting a local official or a world statesman, he likes to hug it out.

His fondness of hugging was driven home this week, during an official visit by French President Francois Hollande to India. Even by Modi's standards this was an unusual embrace, with the Indian leader apparently touching Hollande on the waist while the French leader turned away from him. This followed a more traditional hug from Modi in the moments before.

After the Awkward Hug, Holande turned back to escape Modi but... pic.twitter.com/VyIcjbnTqa
— Joy (@Joydas) January 24, 2016

In videos, it was perhaps less intimate than it appears in photos. Regardless, social media users took the bait.

Modi ji is the only person on earth who knows how 2 recreate Titanic , without a ship
Chandigarh pic.twitter.com/NsX6E0mGE3
— CANeha (@Nk3010Neha) January 24, 2016

For some Indians, the hug was an embarrassment and Hollande's awkward turn was a sign that it was a snafu.

Dear @MEAIndia , why wasn't PM Modi briefed that hugging is not a French culture? That too from back? Wasn't the "back hug" embarrassing?

But Modi has been hugging world leaders and other important people for years. It seems unlikely he'll stop now. Biographer Nilanjan Mukhopadhyay has said the hugs are a conscious effort to make clear he's on the same level as those he is meeting." He's trying to tell the world that he's an equal, a friend and he's very affectionate," Mukhopadhyay told the BBC last year. "Mr Modi is a performer."

Here's a small selection of the Modi hug in action. Secretary of State John Kerry and India's Prime Minister Narendra Modi  gesture after shaking hands at the Vibrant Gujarat Summit in Gandhinagar in the western Indian state of Gujarat on Jan. 11, 2015. (Amit Dave/Reuters)