What is Article 35A: Law on Jammu and Kashmir autonomy was enacted for political appeasement through a blatantly illegal process

Article 35A goes against Article 14 of the Constitution, which says that the state shall not discriminate amongst its citizens on the basis of their gender, caste, creed, religion or the place of birth. It further says that the state cannot refuse equality before the law and equal protection of the laws to any person within the territory of India. 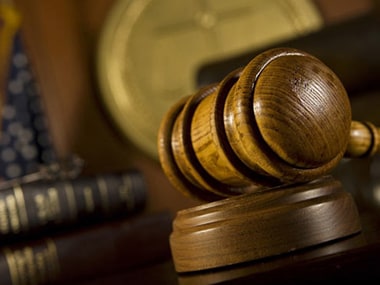 Article 35A was inserted by an Order of the President, which means by the exclusive exercise of the executive's power. The Parliament was thereby totally alienated in the process.

The debate with respect to the constitutionality of Article 35A started after an NGO 'We The Citizens' filed a petition in the Supreme Court in 2014, saying the provision was only supposed to be a temporary one.

The Presidential Order of 1954 was the most detailed of such orders and was issued to implement the agenda of the Delhi Agreement of 1952, which was signed between the Union of India and the State of Jammu and Kashmir.

There is an established procedure mentioned in the Constitution by which an amendment can be carried out. This process outlined under Article 368, was circumvented during the addition of article 35A.

The process under Article 368 involves the Parliament and in certain cases, even the state legislatures, to carry out any amendment to the Constitution. However, Article 35A was inserted by an Order of the President, which means by the exclusive exercise of the executive's power. The Parliament was thereby totally alienated in the process.

The President of India exercised legislative power without informing the Parliament in this case. Under the scheme of our Constitution, the President is the head of the executive and has very little legislative role, except under Article 123. Therefore, the Presidential Order of 1954 is also a violation of Article 368 of the Constitution.

The blatant illegality in the process of enactment of Article 35A is for everyone to see. The provisions of Article 35A give special rights to the "permanent residents" of the state. It empowers the state legislature to define permanent residents and then give them special treatment, privileges and rights. This special treatment is with respect to 'employment with the state government, acquisition of immovable property in the state, settlement in the state, or right to scholarships and such other forms of aid as the state government may provide'.

The implementation of these provisions therefore leads to creation of two classes of citizens in the Union of India. One class has special access in Jammu and Kashmir and the other doesn't. This is something which goes against Article 14 of the Constitution, which says that the state shall not discriminate amongst its citizens on the basis of their gender, caste, creed, religion or the place of birth. It further says that the state cannot refuse equality before the law and equal protection of the laws to any person within the territory of India.

In other words, this means that no person or groups of people can demand for any special privileges. Most importantly, Article 14 refers to 'persons' and not 'citizens'. Therefore, it is not even necessary for a person to be a citizen of India to invoke the right under Article 14.

The Supreme Court has said on numerous occasions that the fundamental rights are the most sacrosanct part of our Constitution and can't be violated under any circumstances. Fundamental rights are also part of the basic structure of the Indian Constitution, which cannot be amended at all as the apex court has stated. The amendments to the Constitution cannot even be made through Article 368. Therefore, Article 35A is in direct violation of Article 14.

The Union government has rightly parted ways with the state government in front of the Supreme Court. The Centre expressed its reservations in responding to the NGO's petition before the apex court.

This means that if Article 35A is struck down, there will be more legal parity between a citizen of India in Jammu and Kashmir and a citizen of India in any other state. Even from a political point, the existence of such special legal provisions for Jammu and Kashmir is indirectly an acknowledgment in front of the international community that the state is a disputed territory and therefore, it has a special status within the country.

It is high time that the Supreme Court takes cognisance of this matter. The enactment in the first place was nothing but political appeasement and opportunism, which was done in an extra constitutional manner through an illegal process. The NGO's petition is a welcome opportunity to declare Article 35A ultra vires.

The author teaches law at National Law University, Mumbai and is also a research fellow at Department of Humanities and Social Sciences, IIT Bombay--FP