The CBI has claimed that Jain allegedly purchased 200 bighas of agricultural land in the names of companies controlled by him in Delhi during lasts five years and "laundered black money". 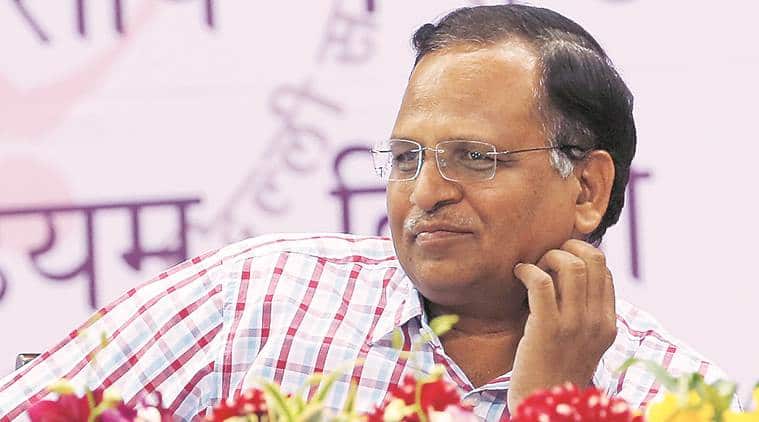 
In a setback to Delhi Health Minister Satyendar Jain, the Centre on Thursday granted sanction to the CBI to initiate legal proceedings against him in an alleged disproportionate assets case, PTI reported.

“Ministry of Home Affairs has granted sanction to prosecute Satyendra Kumar Jain, Minister in Government of NCT of Delhi, in a case registered by CBI on August 24, 2017, for acquiring assets disproportionate to his known sources of income,” an official said.

The CBI has claimed that Jain allegedly purchased 200 bighas of agricultural land in the names of companies controlled by him in Delhi during lasts five years and “laundered black money” to the tune of several crores of rupees.

The CBI complaint had said that Jain could not explain the source of funds received by four companies in which he was a shareholder. It had registered a case against him, his wife and four others on charges of money laundering.

CBI sources had said that Rs 4.63 crore was allegedly received through Prayas Info Solutions, Akinchan Developers, Managalyatan Projects and Indo-Metal Impex Pvt Limited in 2015-16. They had said Jain and his wife were allegedly holders of one-third of the shares in these companies during the period. During CBI questioning, the minister and his wife could not explain the source of Rs 1.62 crore, approximately one-third of the funds received by the companies during 2015-17, they had said.

The CBI has alleged that Jain had control over these companies either in the form of being one of the directors and by holding one-third of shares of these companies in his name or in the names of his family members or others.

The probe agency had also claimed that these were shell firms used for parking money in the form of investments in equity shares in connivance with Kolkata-based shell companies. “This apart, before becoming a public servant, he was allegedly involved in laundering Rs 11.78 crore during 2010-12 through these companies as well as other firms also based in New Delhi,” the CBI had said.

The funds were allegedly used to purchase over 200 bighas of land in Auchandi, Bawana, Karala and Mohammed Mazvi villages in Delhi between 2010-16, CBI sources had said. The Aam Aadmi Party (AAP), however, had refuted the CBI’s allegations and said that reports of Jain’s involvement in shell companies and benami land deals were “baseless”.

The CBI has also registered a case of alleged corruption against Jain for hiring creative professionals, allegedly without due diligence or adhering to rules and norms.--IE
Posted by Raj Rishi at 10:53 AM