The two parties began sparring earlier in the day, after Chief Minister Arvind Kejriwal accused the BJP of deleting the names of voters who wouldn't warm up to it. 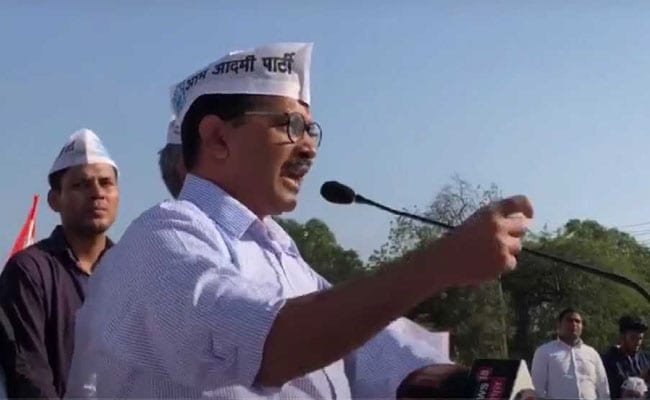 Arvind Kejriwal said half of the city's 8-lakh Bania population had been removed from voter's list.

NEW DELHI: As discontent brewed in Telangana over the mass deletion of names from its electoral rolls, a similar concern sparked off a social media battle between the BJP and the ruling Aam Aadmi Party (AAP) in the national capital on Saturday.


The two parties began sparring earlier in the day, after Chief Minister Arvind Kejriwal alleged that the Narendra Modi government was systematically deleting the names of anti-BJP voters -- especially those from the Bania community -- to ensure its victory in the elections.


Banias are a community historically known to be in the trading occupation, spread across sixteen states in the country. They come third in the Hindu caste system, below Brahmins and Rajputs.
Mr Kejriwal's allegation provoked a strong denial from Union Minister Vijay Goel. "The Banias in Delhi are angry that Arvind Kejriwal and his party consider them fools. How will the community believe that the BJP is singling them out and getting their names deleted when, in reality, the party has appointed two Bania leaders from Delhi as ministers in the central government?" he asserted. 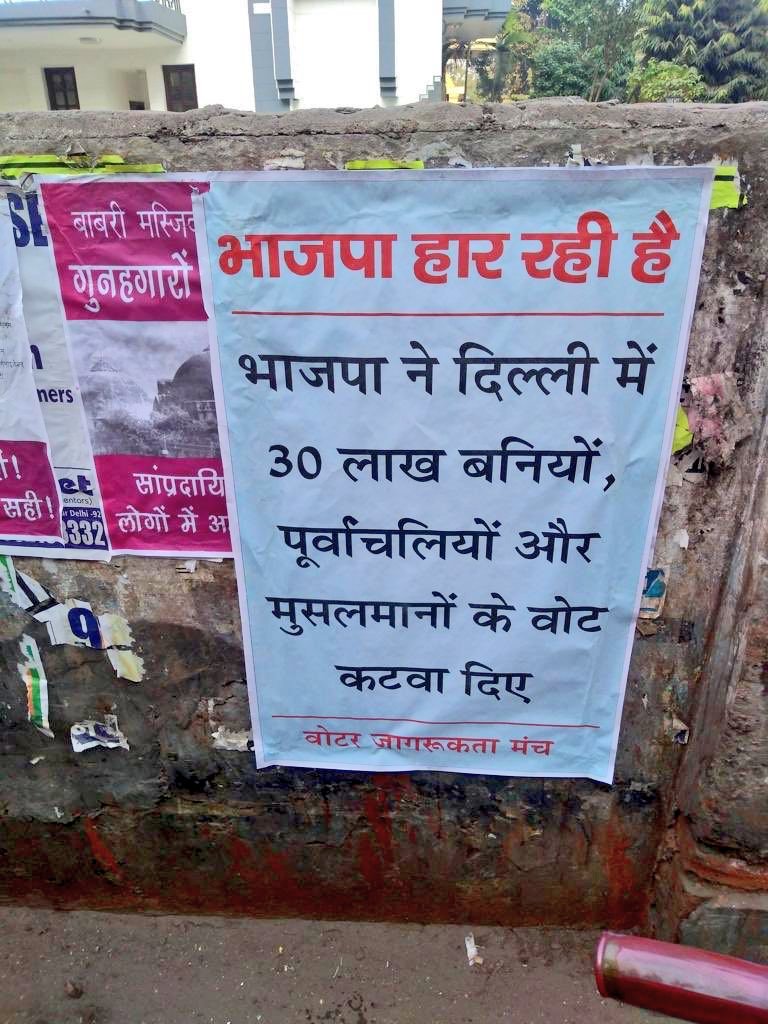 Mr Kejriwal responded by reiterating that the BJP had got half the capital's eight-lakh Bania population deleted from the voter's list. And, this time, he gave reasons for the community's resentment towards the centre.  "Wrong policies of the BJP like notebandi and GSTdevastated the business of traders. Banias are not voting for the BJP, so you will get their votes deleted. Will you win like this?" he asked.
Soon afterwards, many other AAP leaders -- including Sanjay Singh and Dilip Pandey -- took on Mr Goel. Mr Singh claimed that the numbers were not in the BJP's favour, at least when compared to his party. "Sirji, 2 prominent ministers out of 7 from AAP Cabinet are banias, the speaker of the Delhi Vidhan Sabha is a bania. BJP's 80% donation comes from banias but only two out of 73 ministers in the Modi govt are banias. Is this a joke?" he tweeted.

BJPs bundle of lie busted by these bundles, which got names of voters deleted by the ECI.

30 Lakhs names deleted out of which 15L r purvanchalis, 8L muslims and 4L baniyas. IF u dnt vote 4 BJP they won't let u Vote.

Mr Pandey, for his part, alleged that the BJP hadn't spared a single ticket for Banias out of Madhya Pradesh's 230 assembly seats in the just-concluded polls despite 80% of its funding coming from the community. "This makes it clear how anti-Bania the BJP is," he claimed.
After the Congress alleged that over 22 lakh names were deleted from the electoral rolls in Telangana between 2015 and 2018, state election body chief Rajat Kumar today admittedthat the names of many people had gone missing during the elections on Friday. Badminton player Jwala Gutta and senior police officer T Krishna Prasad were among those deprived of their votes due to the anomaly.  --NDTV