Ahead of 2019 Lok Sabha polls, AAP, Congress in touch for alliance in Delhi: Sources

From the Aam Aadmi Party, talks are being held by a senior party leader and member of the AAP's apex decision-making body, sources said. 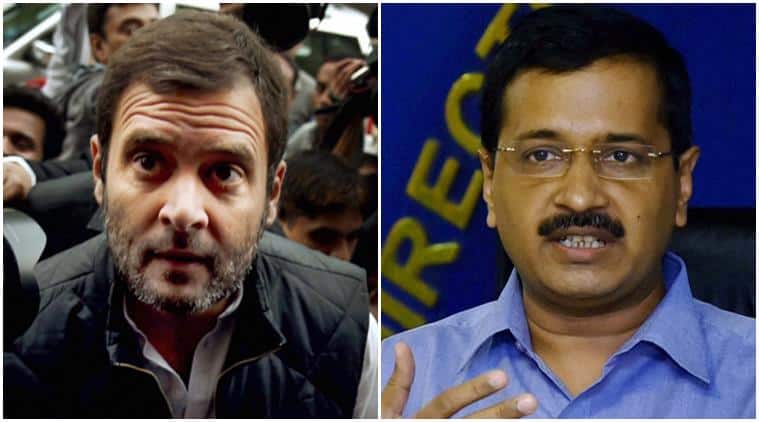 
Bitter rivals Aam Aadmi Party and the Congress are understood to have been in touch to explore the possibility of an electoral alliance for the seven Lok Sabha seats in the national capital. AAP sources said backchannel talks are currently on between the two parties. However, there is no official word on the alliance between them.

The buzz got traction after the AAP, for the first time, took part in an opposition meeting last week, which was attended by the Congress. From the Aam Aadmi Party’s side, talks are being held by a senior party leader and member of the AAP’s apex decision-making body, the Parliamentary Affairs Committee, the sources said.

The AAP had boycotted the poll for electing deputy chairman to the Rajya Sabha in August, stating that it was upset over the Congress not asking for its support for the joint opposition candidate fielded by it.

The bone of contention is believed to have been the number of the seats the Congress wants to contest in the national capital. Of the seven seats in Delhi, the AAP is not ready to cede more than two seats for the Congress, the sources said.

Interestingly, the local leadership of the Congress is not keen on tying hands with the AAP, but the top brass is understood to not have been averse to the idea.

The AAP and the Congress have, more or less the same voter base in the national capital.

Since the 2013 Assembly polls in Delhi, the vote share of the AAP and the Congress has oscillated, but the BJP’s vote percentage has remained the same.

In 2014 Lok Sabha polls, the BJP swept the elections scoring 7-0. The AAP came second while the Congress stood third. However, in six seats, the votes of the AAP and the Congress combined were much more than that of the BJP.

In 2015, the AAP registered a stupendous victory, winning 67 seats and 54.34 per cent vote share while the Congress drew a blank and bagged only 9.65 per cent of vote share. However, the BJP’s vote share remained more or less the same to 32.09 per cent, despite the drubbing.

In April 2017 Rajouri Garden bypoll, though the BJP wrested the seat from the AAP, the Congress came second and the AAP candidate lost his deposit.--IE
Posted by Raj Rishi at 9:09 AM