PAC Chief Mallikarjun Kharge said “CAG does not have their comments and there is no report” and he is not aware of any report, “neither does the CAG know about it”. He said he asked “the Deputy CAG today” since there was a PAC meeting in the afternoon. 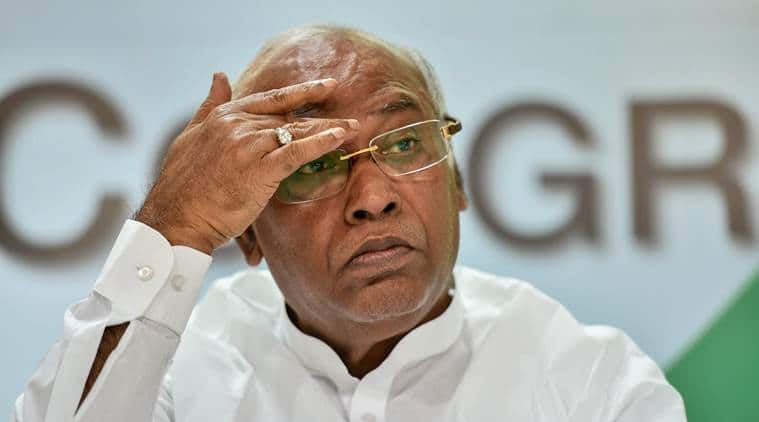 Mallikarjun Kharge, who chairs the PAC, says no such report has come to him yet and “neither does the CAG know about it”. (PTI )

The 29-page ruling by the bench of the Chief Justice of India mentions pricing details of the Rafale being shared with the Comptroller and Auditor General (CAG) of India which, in turn, shared its report with the Public Accounts Committee (PAC). But Mallikarjun Kharge, who chairs the PAC, says no such report has come to him yet and “neither does the CAG know about it”.


Asked about it, Union Minister Arun Jaitley said: “I think whatever are the contents of the verdict in terms of the procedural details or the direction which has been given, that’s not a subject matter of our comment.”

If something is required to be done in that regard, he said, “I think the lawyers will examine it and do the needful”.

On Page 21, in Para 25 of the judgment, the bench states: “The material placed before us shows that the government has not disclosed pricing details, other than the basic price of the aircraft, even to Parliament, on the ground that sensitivity of pricing details could affect national security, apart from breaching the agreement between the two countries. The pricing details have, however, been shared with the Comptroller and Auditor General and the report of the CAG has been examined by the Public Accounts Committee. Only a redacted portion of the report was placed before Parliament, and is in public domain.”

Quoting this, Congress president Rahul Gandhi claimed that this is the “foundation” of the judgment. The court said, a page later, that it had “examined closely” the price details, escalation costs and the note on the “costing, item wise.”

Kharge said “CAG does not have their comments and there is no report” and he is not aware of any report, “neither does the CAG know about it”. He said he asked “the Deputy CAG today” since there was a PAC meeting in the afternoon.

After tri-state loss, BJP gets a political booster shot

The Supreme Court ruling on the Rafale deal comes as a shot in the arm at a critical time for the BJP — just days after losing three states in the Hindi heartland to the Congress. The Court’s verdict rejecting petitions seeking a probe into alleged irregularities will be used as a stamp of approval for the BJP-led government’s stand on the Rafale deal. It will also blunt the Opposition’s attack, which was expected to continue until the 2019 Lok Sabha polls.

“I asked him, how did this come… if someone has forged my signature?… when CAG doesn’t have it, there is no question of the PAC getting it.” When the CAG report comes to the PAC, he said, it cannot hide that and has to present it to Parliament.

“Only when it comes to Parliament will it come in the public domain. It is not even in the public domain. So where has this report come from? Who has given it? The law says that until the report is presented in Parliament, till then nobody has the right to talk about it,” he said. Calling it an “untruth”, he said the PAC has been “dragged” into it.

Gandhi, on his part, said: “How is it that the foundation of the judgment, that pricing has been discussed in the CAG report, and the PAC chairman has not seen the CAG report till date, nobody in the PAC committee saw it, but the Supreme Court has seen it. I am seriously unable to understand.”

Directing a question to the government, Gandhi said “where is this CAG report, show it to us to and show it to the PAC chairman too”. He questioned if “there is another PAC being conducted somewhere else, may be in France”.

AAP MP Sanjay Singh, one of the four petitioners, said he was “surprised” by the mention of the CAG report in the judgment. He alleged that the “court was misled”.
Credit: IE
Posted by Raj Rishi at 2:36 AM