Last week, the complainant chose to withdraw from the probe but the inquiry panel had decided to proceed with the case “ex parte” or carry on in her absence. CJI Gogoi had appeared before the probe panel last Wednesday. 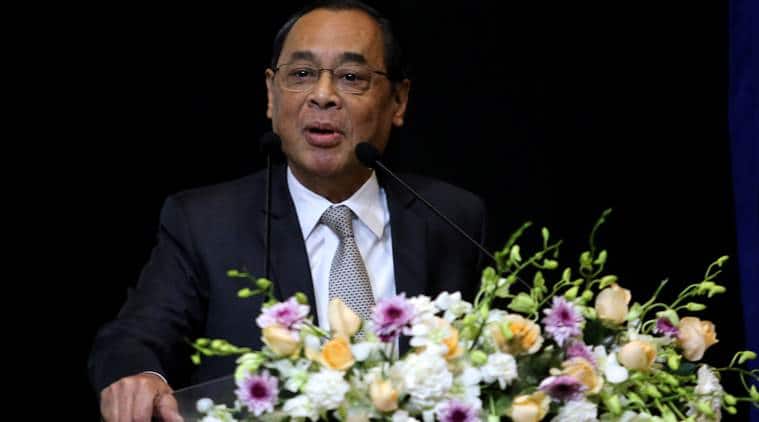 The complainant had alleged that CJI Ranjan Gogoi had made sexual advances in his home office last October. (File)


The Supreme Court in-house committee constituted to inquire into sexual harassment allegations against Chief Justice of India Ranjan Gogoi by a former woman staffer has “found no substance” in her allegations.

The inquiry committee, comprising Justices SA Bobde, Indu Malhotra and Indira Banerjee, had submitted its report on May 5 in accordance with the in-house procedure to the next senior-most judge after Justice Bobde and also sent a copy to CJI Gogoi.


Last week, the complainant chose to withdraw from the probe but the inquiry panel had decided to proceed with the case “ex parte” or carry on in her absence. CJI Gogoi had appeared before the probe panel last Wednesday.

However, Justice DY Chandrachud had asked the in-house panel to not proceed with the inquiry “ex parte”, reflecting a sense of disquiet in the higher judiciary.

The complainant said that she was “compelled to walk out” because the judges who were part of the panel did not seem to appreciate the fact that “this was not an ordinary complaint but was a complaint of sexual harassment against a sitting CJI” and refused to allow a lawyer or support person to accompany her during her deposition.

Reacting to the clean chit given to CJI Gogoi by the SC panel, the complainant said that she was highly “disappointed and dejected”.

“I am now extremely scared and terrified because the in-house committee, despite having all material placed before them, has given me no justice or protection and said nothing about the absolutely malafide dismissals and suspensions, indignities, and humiliations suffered by me and my family. I and my family members remain vulnerable to the ongoing reprisals and attack,” she said in a press release.

The complainant further said her worst fears had come true and all hopes of justice and redress from the highest Court of the land had been shattered.

“In fact, the committee has announced that I will not even be provided a copy of the report, and so I have no way of comprehending the reasons and basis for the summary dismissal of my complaint of sexual harassment and victimisation,” she said.

In her 28-page original complaint, the woman had alleged that on October 10 and October 11, 2018, the CJI had made sexual advances in his home office, where she was posted, and touched her inappropriately.

She had said that after she resisted his “sexual advances”, she was fired and her husband and brother-in-law, both posted with the Delhi Police as head constables, were subsequently suspended. CJI Gogoi had called the allegations “unbelievable” and said he wouldn’t even dignify them with a denial.

Soon after the report on the allegations was first published, a bench led by CJI Gogoi had put out an order signed by two other judges saying this was part of a “conspiracy”.

Subsequently, on an affidavit filed by advocate Utsav Bains, a bench last week appointed retired Justice AK Patnaik to go into the conspiracy, assisted by the CBI Director, Director of Intelligence Bureau and Commissioner of Police (Delhi).

Justice Patnaik had told The Indian Express that his inquiry would commence only after the in-house committee on the sexual harassment allegations concluded its findings.--IE