Trouble within the Congress surfaced soon after 72-year-old Kamal Nath was named the Madhya Pradesh Chief Minister instead of Jyotiraditya Scindia.

Troubles within Madhya Pradesh Congress benefitted the BJP, which bounced back, winning 28 of 29 seats.


NEW DELHI: Madhya Pradesh Chief Minister Kamal Nath, who has been fire-fighting over a crisis in the party and government, held a series of meetings today - one with the cabinet colleagues to keep his flock together, the other with party colleagues to analyse the crushing defeat, sources said. While the government is facing threat from the BJP, which had threatened to topple it after its huge victory in the Lok Sabha polls, the Congress also needs direction.


The challenges come as the bitter factionalism in the state Congress, an open secret for long, becomes public.
While Mr Nath - who is also the state Congress chief -- tried to hold a postmortem of the Lok Sabha elections at a meeting with the candidates, ministers close to Jyotiraditya Scindia claimed a young, energetic leader like him be given responsibility of the party. The 48-year-old son of the late Madhavrao Scindia, has lost the family seat of Guna this time.

While leaders of various factions had buried the hatchet temporarily ahead of the last year's assembly elections, problems surfaced soon after 72-year-old Kamal Nath was named the Chief Minister instead of Jyotiraditya Scindia. 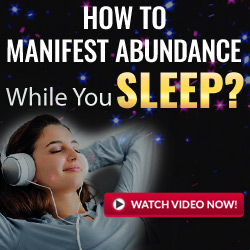 The factionalism caused rifts in the government. Mayawati -- whose support is essential to maintain the government's wafer-thin majority -- become infuriated and talked of withdrawing it as her party's candidate for the Guna seat joined the Congress and declared support for Jyotiraditya Scindia. It was left to Kamal Nath to reason with Mayawati.
The troubles in the Congress camp benefitted the BJP, which bounced back, winning 28 of the state's 29 seats.
Many in the party attributed it to the workers' loss of morale after young leaders like Mr Scindia in Madhya Pradesh and Sachin Pilot in Rajasthan were ignored for the states' top jobs.
But, at the party meeting today, the BJP and Prime Minister Narendra Modi's successful narrative of nationalism laced with Hindutva, were seen as prime reasons behind the drubbing in the LS polls, sources present at the two meetings told NDTV. The party has now given responsibility to all ministers to be constantly in touch with all the lawmakers. Kamal Nath is expected to extend his cabinet in June.--ndtv