Akash Vijayvargiya, a first-time BJP legislator who represents the assembly seat of Indore-3, was seen thrashing a civicbody official. 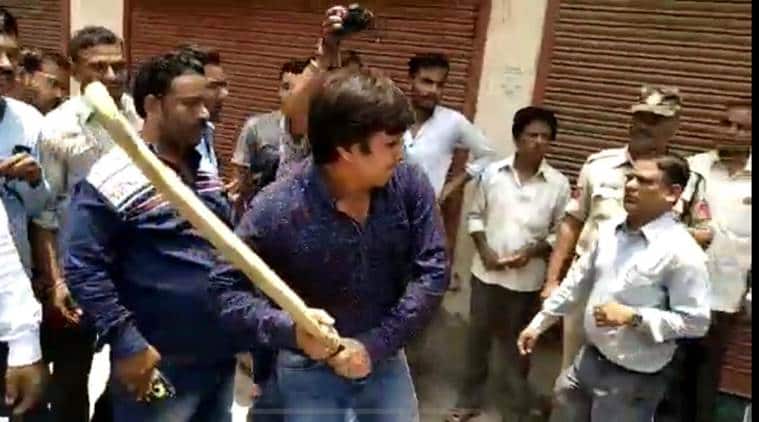 
INDORE: Senior BJP leader Kailash Vijayvargiya's son, who is a legislator in Madhya Pradesh, has been arrested after he was seen attacking a civic body official in Indore with a cricket bat on Wednesday.

Akash Vijayvargiya, a first-time BJP legislator who represents the assembly seat of Indore-3, was seen thrashing the civic body official. The dramatic scenes, of the young politician and his supporters chasing the official with a bat, took place in full public view, in the presence of policemen and television crews.

A team of municipal corporation officers led by Dhirendra Byas and Asit Khare were on an anti-encroachment drive in the Ganji Compound area of Indore when they were approached by Akash Vijayvargiya and his supporters. "You should leave within five minutes or else whatever happens after that will be your responsibility," Mr Vijayvargiya told the officers. 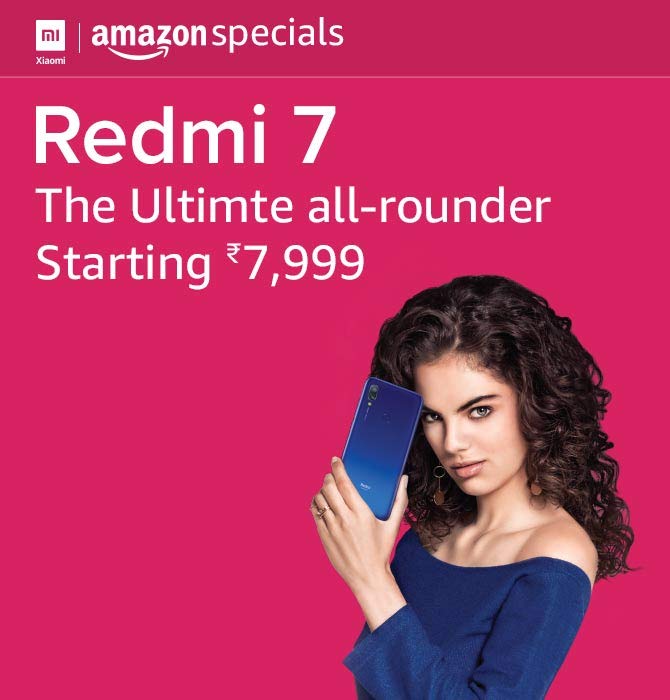 In minutes, the argument turned into a full-blown attack. Akash Vijayvargiya held on to the cricket bat as policemen tried to stop him from attacking the two officers.

#WATCH Madhya Pradesh: Akash Vijayvargiya, BJP MLA and son of senior BJP leader Kailash Vijayvargiya, thrashes a Municipal Corporation officer with a cricket bat, in Indore. The officers were in the area for an anti-encroachment drive. 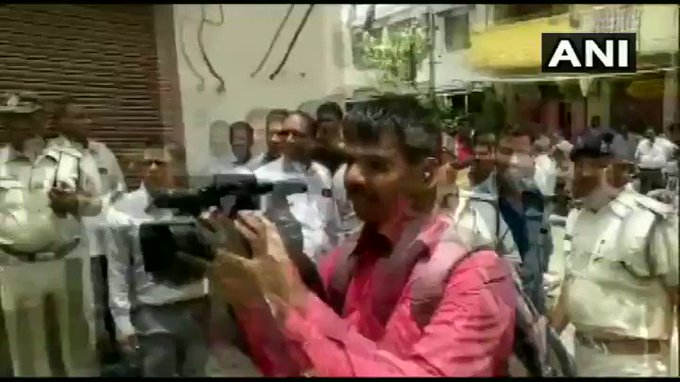 4,033 people are talking about this

Akash Vijayavargiya, while narrating the episode to journalists  said that "in the BJP, we've been taught, pehle aavedan, phir nivedan aur phir danadan. (first request and then attack)".

"I told them (the officials) to leave in 10 minutes and said we couldn't tolerate it any longer. I am an elected representative. It is my responsibility to sort out the issues between the residents and the authorities. I was making every effort. But the civic body officials were indulging in dadagiri and weren't listening to the people," Akash Vijayvargiya told reporters later.
"I was very angry. I don't remember what all I did. Let's see what happens," he added. He said there were no women members in the team of the civic body officials who went to the residential building during the anti-encroachment drive. He also alleged that the officers dragged the women residents and verbally abused one of them.

Swati Chaturvedi Retweeted Kirandeep
Time for the Bjp to make him a central minister. Well done on the upbringing @KailashOnline

A First Information Report has been registered against Mr Vijayavargiya and he has been booked for assault and obstructing a public servant from performing their duties. The police have also taken the statements of the two civic body officials.


Reacting to the incident, Madhya Pradesh Home Minister Bala Bachhan said, "You see, this is the real face and character of the BJP. They can't control their public representative. This is their conspiracy. We will take strict action against them."--NDTV