Customers were snapping up Patanjali Ayurved's affordable, Indian-made products such as coconut oil and ayurvedic remedies, in a mounting threat to foreign companies that had bet big on India. Three years ago, Indian yoga guru and entrepreneur Baba Ramdev was riding high. Customers were snapping up Patanjali Ayurved’s affordable, Indian-made products such as coconut oil and ayurvedic remedies, in a mounting threat to foreign companies that had bet big on India.

“Turnover figures will force multinational companies to go for kapalbhati,” saffron-robed Ramdev declared in 2017, in reference to a yoga breathing exercise, vowing sales would more than double to 200 billion rupees ($2.84 billion) in the year to March 2018.


But instead Patanjali’s sales plunged 10% to 81 billion rupees, according to its annual financial report.

And in the last fiscal year, it likely deteriorated further, say company sources and analysts. Provisional data indicated sales of just 47 billion rupees in the nine months to Dec. 31, CARE Ratings said in April, based on information from Patanjali. 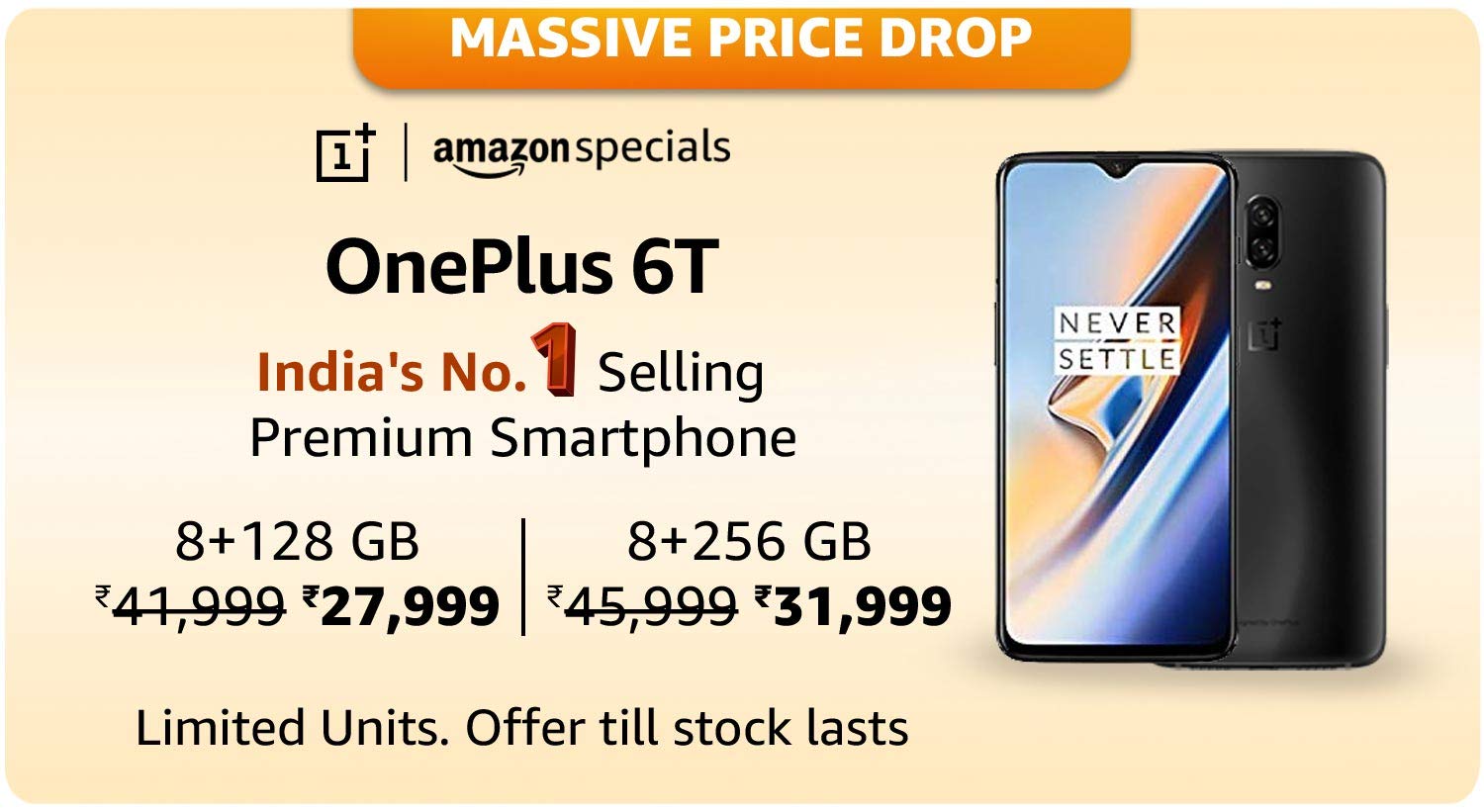 According to interviews with current and former employees, suppliers, distributors, store managers, and consumers, Patanjali’s ambitions have been hobbled by missteps.

In particular, they highlight inconsistent quality as Patanjali expanded very quickly. The company says its rapid expansion did bring some teething problems, but that they had been overcome.

Patanjali also suffered, like many others, from Modi’s 2016 ban on high-denomination banknotes and 2017 introduction of a new goods and services tax. The moves disrupted economic activity.

Ramdev, a household name whose TV yoga shows are watched by millions, has been the public face of Patanjali since it was set up in 2006 and remains its brand ambassador – his bearded face smiles down from ubiquitous billboards and hoardings in Indian villages.

But the company is owned by his business partner Acharya Balkrishna, who met Ramdev at a Sanskrit school three decades ago and holds 98.55% of Patanjali’s shares, according to a 2018 company filing.

The 46-year-old Balkrishna, whose net worth Forbes puts at $4.9 billion, brushed aside concerns about the company’s health during an April interview at one of Patanjali’s yoga centres near Haridwar, an ancient pilgrimage site in northern India. 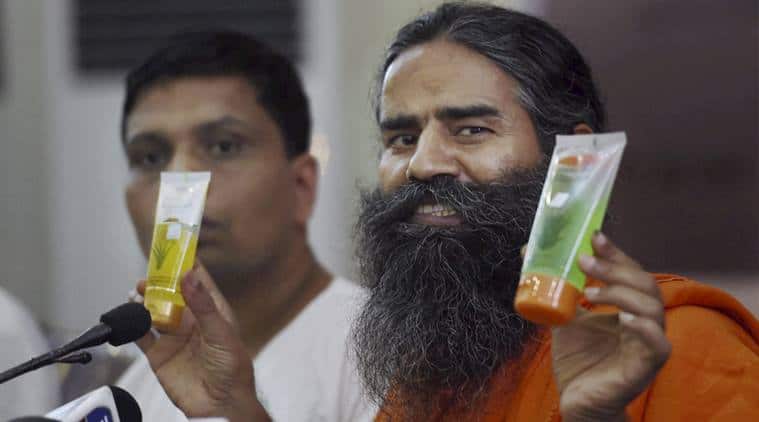 “We suddenly expanded, we started three-four new units, and so problems were expected. We have solved that network problem,” said Balkrishna, referring to supply chain issues that affected deliveries. The problems were concentrated in “set-up and networking”, he said, without elaborating.

Balkrishna declined to give sales estimates for the current fiscal year or last but said future results would be “better”. Reuters sent follow-up questions to Patanjali’s public relations officer K.K. Mishra, who said the queries had been forwarded to a special committee. Calls and messages to Balkrishna’s assistant about the queries went unanswered.

As Patanjali has ramped up its offering to more than 2,500 goods, it has prioritised scale over quality and farmed out production to third parties, which has dented quality, two former office executives and a supplier said.

In 2017, Nepal’s drug watchdog found that six Patanjali medical products had microorganism content above a maximum ceiling set by the regulator. Santosh K.C., an official at Nepal’s Department of Drug Administration, said there were no problems with other Patanjali products.

Balkrishna denies there have been quality issues, noting that India’s national laboratories accreditation board has approved Patanjali’s central lab. “Quality is not a problem,” Balkrishna said.

Patanjali products marketed as ayurvedic come under the regulatory purview of the Ministry of Ayush, created in 2014 to promote alternative therapies including Ayurveda, an ancient Hindu healing method. The ministry did not respond to a request for comment on Patanjali’s product quality.

India’s food regulator FSSAI, which oversees Patanjali’s processed foods, declined to disclose data on quality tests, saying it only did so in the event of safety concerns. Balkrishna said only “a few products”, including wheat, pulses and rice, were sourced externally.

Reuters reviewed 81 Patanjali products in a Mumbai Patanjali store and found that 27 of them had labels that listed the goods as partially or wholly manufactured by other Indian producers. These suppliers either declined to comment or did not respond to questions.

The construction of Patanjali’s own factories has been dogged by delays, which the company attributes to starting multiple projects simultaneously.

A food plant in Maharashtra due by April 2017 and an ayurvedic and herbal products factory outside Delhi expected by 2016 are now slated for 2020, according to Patanjali.

Some unpaid suppliers are turning their backs on the company, according to interviews with three suppliers as well as letters, reviewed by Reuters, sent to the company by those owed money.

A chemical supplier said Patanjali started delaying payments by a month or two in 2017. By 2018, delays had grown to almost six months.

Two managers at stores of leading Indian retailers and two mom and pop stores owners, all in Mumbai, said they were only keeping a handful of Patanjali products in stock due to faltering demand.

Faced with the threat from Patanjali, competitors such as Hindustan Unilever and Colgate Palmolive India Ltd have launched ayurvedic products themselves, adding to competition. Meanwhile, Patanjali has slashed ad spending. In 2016, it was third biggest Indian television advertiser, but by last year it did not make the top 10, according to Broadcast Audience Research Council India data. As Patanjali has ramped up its offering to more than 2,500 goods, it has prioritised scale over quality and farmed out production to third parties, which has dented quality, two former office executives and a supplier said. (Express photo by Anil Sharma)

Ramdev passionately backed Modi in the 2014 election. He tapped into his following as a TV celebrity, mobilizing voters and synchronizing messaging with Modi’s Hindi nationalist Bharatiya Janata Party (BJP).
Patanjali has benefited from more than an estimated $46 million in discounts for land acquisitions in BJP-controlled states, Reuters revealed in May 2017.

More recently, however, Ramdev seemed to have cooled on Modi, a fellow yoga aficionado.

In its 2017-2018 financial statement Patanjali complained that demonetization “affected consumers’ spending habits,” while the sales tax hit “costing and pricings of inputs and products”.

Ramdev also told journalists earlier this year he had withdrawn himself politically. But he popped up on the campaign trail to support the BJP in the April-May election, saying Modi was “the pride of mother India”.

The mixed message has ruffled some in the BJP’s powerful fountainhead, the Rashtriya Swayamsevak Sangh (RSS). “Ramdev,” one senior RSS official said, “makes different kinds of statements that makes it difficult to put trust in him.”

Patanjali, which said it employs around 25,000 people, last year advertised for salesmen across India. But one ex-employee said Patanjali had also chopped several hundred posts since mid-2017. The company did not respond to queries about staffing.

Balkrishna said the diversification was working. “Solar is good. Our apparel division is going… We have big plans for bio-organic products,” he said.

In 2017, computer scientist Aditi Kamal pitched Ramdev the idea of an Indian-made messaging app. “When I said ‘WhatsApp rival and all,’ he said: ‘This is great, why didn’t we think of this before?'” recounted Kamal.

Kamal said she was hired, and six months later was overseeing 100 employees.

But the 2018 launch of the app, called Kimbho, was marred by privacy flaws and Patanjali halted the venture. “We have not dropped the project completely, but we have stopped,” said Balkrishna.--IE