The BJP failed to share any proof like the suspension order etc. in support of their claim. “I am not aware of the party ever suspending Senger.No information about the action now or in the past.":BJP's Unnao district president Shrikant Katiyar The Bharatiya Janata Party (BJP) on Tuesday claimed that Unnao MLA and rape accused Kuldeep Singh Sengar was suspended from the party a long time ago although the party had made no such announcement in this regard since his arrest last year.

The claim of the BJP’s Uttar Pradesh unit on Sengar’s suspension came amid mounting pressure from the opposition for disciplinary action against the jailed MLA following the Unnao rape survivor’s accident in which the car she was traveling in with her family members and lawyer was mysteriously hit by a speeding truck near Rae Bareli on Sunday.


While two of her aunts were killed in the crash, the rape survivor and her lawyer were critically injured and are on ventilator.

“Kuldeep Singh Sengar was suspended long back. I even spoke to my predecessor Mahendra Nath Pandey, during whose tenure the action was taken against the MLA. The party has never protected him,” BJP state president Swatantra Dev Singh told a news channel on Tuesday after which party spokespersons started taking the same line.

BJP spokesperson Rakesh Tripathi said, “The party suspended Sengar months back on the disciplinary committee’s recommendations after he went to jail for rape and criminal conspiracy charges.” Another BJP spokesman Chandra Mohan also made a similar claim.

The BJP spokespersons termed the suspension as party’s internal matter and failed to share any proof like the suspension order etc. in support of their claim. 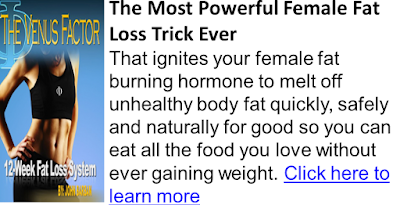 The party’s Unnao district president Shrikant Katiyar was also unaware of the party ever suspending the district’s MLA.

“I am not aware of the party ever suspending MLA Kuldeep Singh Senger,” Katiyar told the HT on phone. “I have not received any letter or e-mail from the party intimating me about the action against the MLA, now or in the past,” he said.

Sources said it was quite unlikely for any party not to inform the district president about a disciplinary action against a party MLA of the same district.

Though the BJP has now claimed that it suspended Senger long time back, the party had made no such announcement in this regard either by issuing an oral or a verbal statement to the press directly or through a social media platform despite all the hue and cry over the high profile case.

When asked for the reason, Rakesh Tripathi said, “Since the issue had died down, the party deemed it fit not to go to the press with an announcement about the suspension of Sengar.”

Rashtriya Lok Dal (RLD) leader Anil Dubey said the BJP’s claim to have suspended Sengar in the past created doubt. “How come, the BJP acted against the MLA and kept it a secret despite the party facing public criticism for protecting him?” he asked.

Terming the opposition’s allegations as ‘rubbish’, Chandra Mohan said the BJP had nothing to do with the jailed MLA and there was no question of party shielding him.

“Sengar joined our party only before 2017 elections after remaining for years in the Samajwadi Party and the Congress,” he pointed out adding, “The CBI is already investigating the rape and other cases against Sengar and now our government has recommended the CBI probe into the accident case as well. Let the law take its own course,” he stressed.-ht