Water is in vogue. Debates on the water crisis are on in the Lower and Upper Houses of Parliament. A solutions-based focus on the crisis in water was long overdue. The Delhi government has adopted a five-pronged approach for addressing the complicated water crisis. That is perhaps why Delhi is better off than a waterlogged Mumbai, and doesn't have problems like Chennai’s water shortage or Bangalore's lake fires.

The pro-people policies initiated by the Delhi government are the first pillar to solve the crisis in a city which has a serious water scarcity, artificially created due to the mismanagement and inequitable distribution of water. The free lifeline water scheme of providing 700 litres of water per household, for example, brought multi-fold benefits to the DJB (Delhi Jal Board) and its consumers.


On the one hand, it ensures ‘right to water’ to everyone. On the other hand, it promotes conservation of water resources by those households who would consciously cut their consumption to reduce their water bills. Most importantly, it facilitates the provisioning of piped water to those areas that are currently water stressed or have no piped water supply network by generating demand. 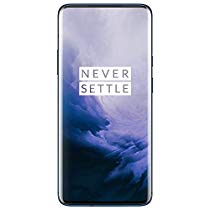 By formally being under the water utility’s network, citizens receive a sense of ownership to this public good that is often treated as a commodity or luxury. This, combined with policies of 80 percent reduction in unauthorised colonies as development charges, the abolishing of the mixed tariff for traders and local businesses and the bill waiver scheme, has brought lakhs of households under the formal network in Delhi, and thus, mandatory under the planning ambit of DJB, whilst simultaneously waiving unnecessary and unjust dues of water on citizens.

Second come good practices. One of the key urban planning mistakes has been that the DDA has had a history of not waiting for DJB’s NOC before constructing areas like Dwarka. This, combined with bad engineering economics decisions, gave rise to the tanker mafia and water scarcity. Four important practices have improved Delhi, and its continual follow-up will improve the city’s water and drainage situation.

First, in April 2016, the AAP-led Delhi government approved the Delhi Slum and JJ Rehabilitation and Relocation Policy, 2015. Under the law, the areas became eligible for MLA LAD fund and other state development funds. Owing to this formalisation of such areas that were earlier disenfranchised, the metered water and drainage pipeline has increased.

Participatory planning of water and drainage infrastructure with engineers and MLA clusters, programmatic inspections like “Walk the Line” and surprise inspections on billing/revenue officials and involvement of NGOs, startups, universities and experts from countries like Japan and Australia are three of the other key practices that have helped deliver improved water access at extremely low costs. More colonies and lakhs of households have been included in the water access network in the last five years of the history of Delhi's public water utility through honest politics and innovative engineering.

Third come the programmes. It was important to get water from Haryana through the Munak canal, revive non-functional water plants in Dwarka, Bawana, and Okhla, and create new water infrastructure for raw water and simultaneously build decentralised water treatment plants in poor groundwater quality zones. Treatment plants can recycle up to 30 percent of wastewater and can add up to 100 MGD of water to Delhi’s existing supply. This is another key area of focus for the state government.

For example, the 50 MGD capacity Dwarka Water Treatment Plant (constructed in 2011) lying unused was opened in 2015 and is benefiting about 13.5 lakh residents of Dwarka sub-city, Najafgarh, Daulatpur, Ujwa, and adjoining areas. Similarly, Bawana water treatment plant, also commissioned in 2015, is benefiting about 6 lakh residents of Bawana, Narela, Sannothand. The production of the Okhla water treatment plant has increased from 7 to 20 MGD using raw water from the Wazirabad region.

The usage of technology, whether it is via revenue projects in billing (MSewa) or GIS projects in planning (usage of GSDL within DJB) or water tanker disbursal through GPS monitoring (for transparency), has helped DJB improve the water situation. There is a need for strengthening the leak detection cell with new technology to save water and to maintain quality, which is something that is well on its way. Finally, just like Rain Water Harvesting (RWH) was made compulsory in Tamil Nadu, AAP government too will throw its weight behind RWH and strongly push in a top-down manner to make RWH compulsory in all government buildings, commercial structures and large plots of Delhi, offering incentives to execute the process.

Fourth are the projects. The decreasing groundwater level in Delhi has become a matter of serious concern in the capital. At some places in south and southwest Delhi, the water level has gone 30-70 metres below the ground level and even the quality of underground reserves is deteriorating and has even been unfit for human consumption. There’s an increase in salinity of groundwater in pockets of southwest and northwest Delhi.

Fluoride and chemical concentrations are more than prescribed limits, have also been found in groundwater at various locations in Delhi. To tackle these problems, steps are being taken to regulate the number of tube-wells being commissioned unnecessary in Delhi along with reviving Delhi’s water bodies like lakes, ponds, step wells by ensuring their recharging by rainwater, and maintaining them in partnership with local citizen groups.

Another approach to the water pollution problem lies in nuanced experiments like the scheme to isolate the Wazirabad Pond from Head Works at Wazirabad Water Treatment Plant that’ll check ammonia from entering plants and reduce the pollution levels and the Timarpur Oxidation Pond for groundwater recharge that’ll also be open to the public for recreation. A sustainable city with happy communities is the goal.

Finally, with an IIT Kharagpur engineer as the chief minister at the helm of the Delhi Jal Board and a conscientious architect as the minister of irrigation and flood control department, there is a great deal of innovation and optimisation in co-locating problems and their solutions. The government has been open to try and scale first principle solutions. We give you two examples.

First is that of the Rajokri water body, where local unsewered areas were tapped to treat water and create a community water body and event space. This was optimised and replicated to improve groundwater, used eco-friendly sewage treatment, floating rafters, phytorid-based technologies and natural treatment techniques in various combinations, was powered by solar panels and solved a local sanitation problem of sewage management, all in one project cycle. This success has been documented, appreciated widely in judicial and technical quarters and formed the basis for the government’s plan to create 259 water bodies and seven lakes.

Second is that the Delhi government has approved the pilot for floodplain conservation on the Yamuna from Palla to Wazirabad through recharge ponds built on farmland. Small ponds will be made and when the Yamuna overflows during monsoon, the overflowing water will fill these ponds. Water will then percolate down and it will spread, leading to an increase in the water table of these areas.

A five-member committee of officers will negotiate a rent that the Delhi government will pay to farmers to create these natural water reservoirs for Delhi. This was a project designed after multiple tests for feasibility in water conservation and urban flooding on sites and drains of the Yamuna floodplains, especially on IFC drains and DJB STPs.

The Delhi government has been pursuing its plan to solve the capital’s water woes but effective execution remains a challenge because of the limited powers, for instance, on issues related to land within the city with the MCD and DDA, and permissions to work on the floodplains related to the Central Water Commission and Upper River Yamuna Board.

Despite these predictable limitations, steps are being taken to take Delhi towards 'jal swaraj' or water democracy.

(The authors are advisers in the Delhi government and work on water and governance issues in the city.)-FP