Cases of land-grabbing have been registered under the various sections of the Indian Penal Code that deal with voluntarily causing hurt, wrongful confinement, criminal trespass and criminal intimidation. 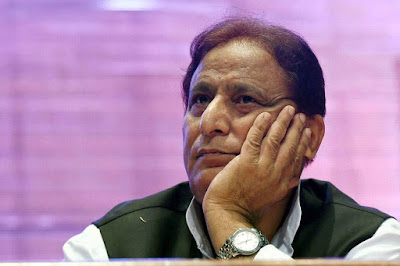 Rampur: As many as 27 FIRs have been lodged against Samajwadi Party leader and Lok Sabha MP Azam Khan in the last one month on the allegation that he grabbed farmers' land for his university in Rampur, police said.

Khan, who was a cabinet minister in Uttar Pradesh during the Akhilesh Yadav-led regime, is the founder and Chancellor of the Mohammad Ali Jauhar University which came into being in 2006.

"Since July 11, over two dozen farmers have approached the police with allegations of encroachment of their land for the university. We have registered 27 FIRs in these cases and investigations are underway," Superintendent of Police, Rampur, Ajay Pal Sharma told PTI.

Largely, he said, these cases have been registered under Indian Penal Code sections 323 (voluntarily causing hurt), 342 (wrongful confinement), 447 (criminal trespass), 389 (putting a person in fear of accusation of offence, in order to commit extortion), 506 (criminal intimidation).

"Some farmers have claimed of land grab of one bigha, some two, some much more. Altogether, so far, complaint for 0.349 hectare land encroachment has been lodged and necessary action is being taken," Sharma said.

"Punishment in these cases could be arrest and imprisonment up to 10 years besides monetary penalty," the officer said.

The Mohammad Ali Jauhar University, which has enrolled over 3,000 students, is spread over an area of 121 hectares, according to its website.

Besides the land grab FIRs, the Rampur Police had lodged a criminal case against university authorities on June 16 on a complaint by the principal of the 250-year-old Rampur-based Oriental College, earlier known as Madrasa Aliya, that over 9,000 books were stolen and taken to the library of the Mohammad Ali Jauhar University.-News18