UP Police Files FIR Against Ex-Union Minister after Student, Now Missing, Accuses Him of Harassment

Former Union minister and BJP leader Swami Chinmayanand who has been accused of harassment and “destroying the lives of several girls”. The revelation was made by a law student from SS Law College in Shahjahanpur, who has gone missing from her college hostel days after the disclosure. 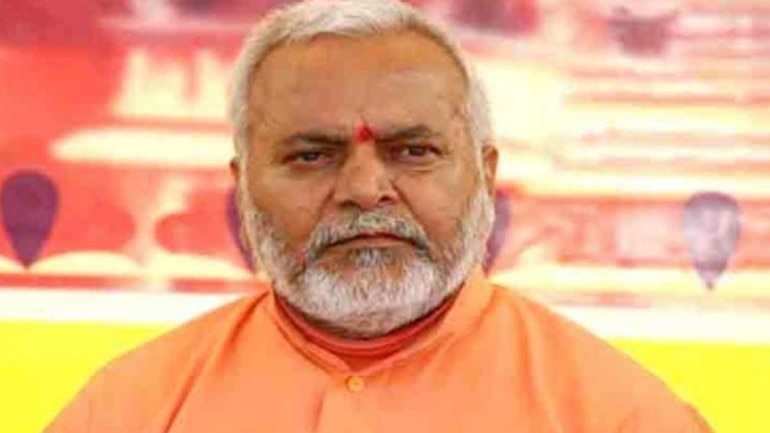 New Delhi: Uttar Pradesh Police on Tuesday lodged an FIR against former Union minister and BJP leader Swami Chinmayanand who has been accused of harassment and “destroying the lives of several girls”. The revelation was made by a law student from SS Law College in Shahjahanpur, who has gone missing from her college hostel days after the disclosure.

In a video posted on Friday, the girl alleged that Chinmayanand, the director of her college, is threatening to kill her and her family as she has evidences that could land him in trouble. She asked Prime Minister Narendra Modi and UP chief minister Yogi Adityanath for help.


The girl has been untraceable since Saturday, a day after live streaming the video on Facebook. Her father has given a written complaint against Chinmayanand, former minister of state for home. The father had filed a complaint with the police accusing Chinmayanand of sexually harassing her, a charge refuted by the leader's lawyer who claimed it was a "conspiracy" to blackmail him.

Shahjahanpur Superintendent of Police (SP) S Chanappa said he has been booked under IPC sections 364 (kidnapping or abducting in order to murder) and 506 (criminal intimidation) based on the father's complaint. "Our team is investigatiing, the girl's father has been provided security," he added.

In the clip that has now gone viral, the girl can be seen requesting PM Modi for help.

“I’m (name withheld) from Shahjahanpur and am pursuing LLM from SS College. A big leader of the saint society, who has destroyed the lives of several girls, has been threatening me with life. I have all the evidences against him. I request Modi ji and Yogi ji to please help me. He has even threatened to kill my family. Only I know what I have been going through. Modi ji please help me, he is a sanyasi and is threatening that the police, DM and everyone else is on his side and no one can harm him. I request you all for justice.”

The woman's mother said she had last come home on Raksha Bandhan. "I asked her why her phone remained switched off so frequently. She said, ‘If my phone goes off for a longer duration, then understand that I am in trouble. My phone will go off only when it is not in my hands’. My girl was going through a lot of pain and trouble but didn’t divulge much. She told me she was being sent to Nainital by her college administration,” the mother added.

The woman's father on Tuesday alleged she has gone missing at the behest of the 72-year-old BJP leader, who heads Mumukshu ashram. He alleged that Chinmayanand and "some others" sexually abused her and other girls. The father also alleged that he has been trying to contact her for many days but she is untraceable.

“My daughter never told me anything personally. She looked worried when she was home on Raksha Bandhan. She has been missing since four days. I have given a written complaint against college director Swami Chinmayanand but no action has been taken yet,” he said.

Chinmayanand has been a three-time Lok Sabha MP and was a minister of state in the Atal Bihari Vajpayee government. In 2011, he was accused of rape by an inmate of his ashram.

When contacted, his lawyer Om Singh claimed that the leader was being blackmailed and had received a WhatsApp message demanding Rs 5 crore. He said an FIR was lodged over this on August 25.

The SP said that the video and the message demanding money from the former minister will be probed by senior officers, and action will be taken against those guilty.

Chinmayanand's lawyer dismissed the charges made by the woman and her father, saying, "There is not an iota of truth in their claims."

Elaborating on the sequence of events, he said, "On August 22, Swami Chinmayanand got a WhatsApp message on his phone from an unknown number. The message said that if you do not give Rs 5 crore by this evening, then I will make videos viral on news channels. And do not try to act smart, as I have nothing to lose, but your reputation will be lost. Hence, make arrangements to give Rs 5 crore."

Singh, when contacted, said that Chinmayanand sent the screenshot to him, and he then took it to SP Shahjahanpur.

The student, in the video she uploaded. Photo: Video screengrab

"The police took cognisance of it, and started its job. I was of the view that media should be made aware of this issue, but the police told me not to do so, as the matter seemed to be big and there was a possibility of it being a racket. (The police said) if you go public with it, then the racketeers may become alert, and it will be rather difficult to arrest them," he said.

The lawyer also said that on the night of August 24, he went to Kotwali police station in Shahjahanpur to register an FIR.

"It was registered at around 2.25 am on August 25. On August 24 itself, the video of the girl had gone viral. Initially, I thought a big racket was involved. But after seeing the girl and the video, I felt that the WhatsApp threat and the video could be related, as a direct threat was made (to us)," he claimed.

The FIR was lodged under various sections of the Indian Penal Code and the IT Act against the mobile number which had sent the WhatsApp message, he said.

"The rest of my doubts were cleared when I came to know that the girl's father said that he feared for her life after seeing the video. My only contention is that a girl who is using a mobile phone, moving in a car, making her own videos and uploading them on various social networking websites, how can she be kidnapped," he asked.

Why can't she go to the SSP office or a nearby police station or even contact Dial-100 and lodge her complaint, Singh asked.

"It is entirely a conspiracy to blackmail Swami ji and become a crorepati using shortcuts. When the idea did not work, then an effort was made to tarnish his image as vendetta. There is not an iota of truth in the claims and allegations made by the girl," he said.

Meanwhile, Congress leader Jitin Prasada tweeted in support of the woman, saying she had appealed to the chief minister for protection against harassment. "Now she has gone missing. Is there no rule of law left in the state," he asked.—News18