NEW DELHI:Less than a week after the National Democratic Alliance government completed 100 days in its second term, Congress MP Kapil Sibal has weighed in with criticism of the centre over the economic slowdown that threatens to consume several key sectors, from manufacturing to finance.

He tweeted he doesn't want to see what lies ahead for the economy under Prime Minister Narendra Modi when the current trends are indicating stress in consumption, automobile sales, tax collection and jobs, among others.

Most economic indicators are down, Mr Sibal said, adding the only thing that has gone up is unemployment.
"PM: 100 days a trailer, film to Abhi baki hai Down 1) GDP 5% 2) Revenue collections up 1% (down from 22% last year) 3) consumption 5) Auto sales (10th straight month) 6) GST collections 7) Investments. UP Unemployment: 8.2% Hamein baki film nahin dekhni," Mr Sibal tweeted this morning, referring to PM Modi's comment on Thursday that borrowed a quote from a Shah Rukh Khan-starrer to claim his cabinet's achievements in its first 100 days in governance were just a "trailer".

The complete picture would emerge in the years to come, PM Modi said at an election rally in Jharkhand's Ranchi.
"Before the elections, I had promised to create a strong and work-oriented government - a government that will work at a speed that's even faster than the earlier one, a government that will strive to make all your aspirations come true. Our 100 days in governance was just a trailer, the entire movie is yet to come," the Prime Minister said. 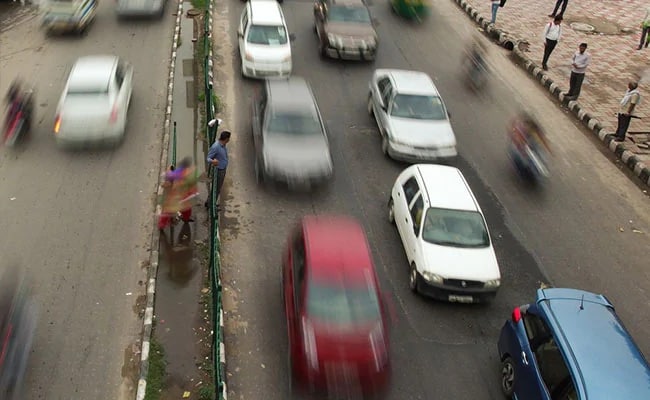 The automobile sector that drives the manufacturing sector has been hit by several storms
In data released last month, the centre said India's economy expanded at its slowest pace in over six years. Growth in the country's gross domestic product (GDP) stood at 5 per cent in the first quarter of the current fiscal (2019-20), compared with 5.8 per cent in the previous quarter, and 8.0 per cent in the quarter ended June 30, 2018.

The automobile sector that drives the manufacturing sector has been hit by several storms, from credit freeze for customers to falling demand. Many car-makers have temporarily stopped production and some have cut jobs.
Adding to the debate on the slowdown was Finance Minister Nirmala Sitharaman's comments on Tuesday that millennials' preference for Uber and Ola cabs over committing money to EMIs for new cars had affected the auto sector. The comments were widely criticised on social media.


"Automobile sector, in particular, has been affected by several things. These include BS6 (Bharat Stage 6) movement, the registration fee issue that has been deferred till June and the mindset of millennials, who are now preferring not to commit EMIs to buying automobiles but prefer to use Ola or Uber or take the metro," Ms Sitharaman said.
Mr Sibal previously held the positions of Law Minister, Telecom Minister and Human Resource Development Minister in UPA 1 and 2. A lawyer by profession, Mr Sibal says he is also a poet and writer.-NDTV