Greta Thunberg: "You have stolen my dreams and my childhood"

"I should be back in school, on the other side of the ocean. Yet you all come to us young people for hope," she said. "How dare you!" 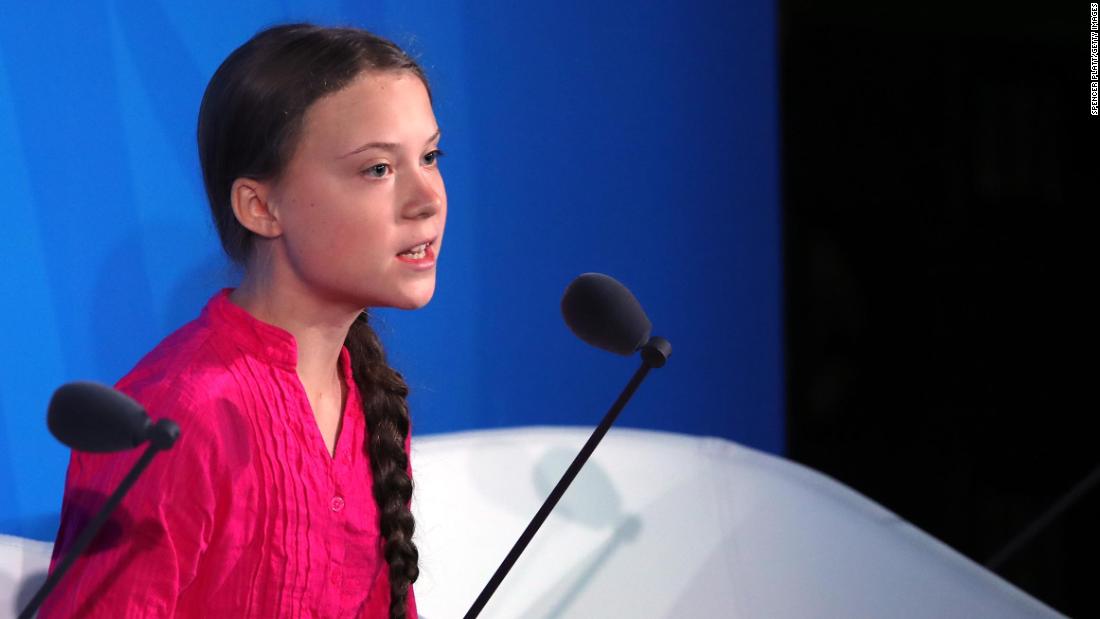 Teenage climate activist Greta Thunberg, speaking at the United Nations General Assembly today, said she shouldn't have to be addressing the crisis.

(Bloomberg) -- The 16-year-old environmental activist Greta Thunberg scolded heads of state at a United Nations summit on Monday, saying they’re robbing her generation of a future by focusing on money and not on fighting global warming.

“You have stolen my dreams and my childhood with your empty words,” Thunberg said in a speech at the UN Global Climate Action Summit in New York. “People are suffering, people are dying, entire ecosystems are collapsing. We are at the beginning of a mass extinction and all you can talk about is money and fairy tales of endless economic growth. How dare you!”


Thunberg, who traveled from Europe to New York for the summit on a zero-emissions sailboat, said she should be in school in her native Sweden rather than at the UN telling world leaders what to do to address climate change. Listen to the science, she told them, which has been “crystal clear” for 30 years.

She admonished them for leaving her generation with the task of sucking billions of tons of carbon dioxide out of the air “with technologies that barely exist.” “This is all wrong, I shouldn’t be up here,” said Thunberg, who spoke along with UN Secretary-General Antonio Guterres, India Prime Minister Narendra Modi and others. “The eyes of all future generations are on you,” she said.

“We are at the beginning of mass extinction and all you can talk about is money and fairytales of eternal economic growth. How dare you.”@GretaThunberg gives an emotional speech during the UN Climate Action Summit in New York #UNGA pic.twitter.com/mAVfJgUera
— Bloomberg TicToc (@tictoc) September 23, 2019

Leaders from around the world, including French President Emmanuel Macron and German Chancellor Angela Merkel, have gathered in New York this week to make new pledges to curb global-warming emissions. President Donald Trump, who wasn’t originally scheduled to attend, made a surprise appearance at the summit on Monday.

Late Monday night, Trump tweeted about Thunberg: “She seems like a very happy young girl looking forward to a bright and wonderful future. So nice to see!”

Guterres is calling on countries to step up commitments to reduce their dependence on fossil fuels. “We face at least 3 degrees Celsius of global heating by the end of the century,” he said. “I will not be there, but my granddaughters will. And your grandchildren, too. I refuse to be an accomplice in the destruction of their home and only home.” 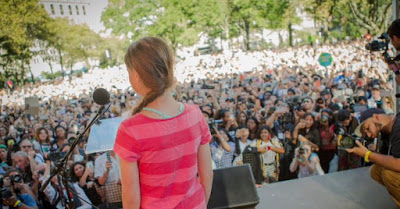 Thunberg, who last year skipped school for three weeks to protest outside Sweden’s Parliament has inspired a climate movement among youth worldwide. Students and adults around the world in over 100 countries joined her in taking to the streets during a climate strike last week.

The UN also held its first-ever Youth Climate Action Summit over the weekend. And on Monday, Thunberg joined a group of children ages 8 to 17 in filing a legal complaint with the United Nations, accusing France, Germany, Brazil, Argentina and Turkey of ignoring climate science. Protests continued on Monday in Washington as climate activists shut major commuter arteries in the nation’s capital.


At least a half-dozen protesters attached themselves to a pink boat labeled with “Tell the Truth” and parked it just blocks from the White House. For a rolling update of the climate events happening in New York on Monday, click here. ©2019 Bloomberg L.P.