P Chidambaram INX Media Case: In its order, the Delhi High Court said there is no chance of tampering of evidence, but there is a possibility that P Chidambaram can influence witnesses in the case. 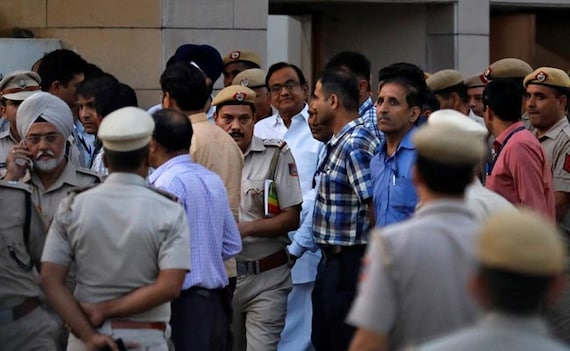 Former Union Minister P Chidambaram might influence witnesses if released, the Delhi High Court said today, denying him bail in the INX media case. Mr Chidambaram has been in Delhi's Tihar jail since September 5, after the Central Bureau of Investigation finished questioning him in the case.

The court's order came in view of a report submitted to the court in a sealed cover, where it was mentioned that the former minister had asked a co-accused in the case not to speak against him.

In its order, the court said there is no chance of Mr Chidambaram tampering evidence. "But  since the investigation is at an advanced stage and Chidambaram being an influential person, the possibility of influencing witnesses could not be ruled out," the court said.
After the order, Mr Chidambaram's son Karti Chidambaram -- who is also an accused in the case -- said he would consult the legal team, which includes Abhishek Singhvi and Kapil Sibal. "Not in a position to comment, haven't read the order," he added.
Mr Chidambaram had signed off on a huge infusion of foreign funds into the firm as the finance minister in 2007. The agency has accused his son Karti Chidambaram of receiving kickbacks in the matter.
The INX Media was co-founded by Peter and Indrani Mukerjea, who are currently in jail in the case involving the murder of Indrani's daughter Sheena Bora.
Indrani Mukerjea has turned approver in the case against the Chidambarams and the investigative agencies have based their case on her testimony.
Former Prime Minister Manmohan Singh, in whose cabinet Mr Chidambaram was the finance minister, has questioned how he could be held responsible for a collective decision.
A dozen officers, including six secretaries to the government, examined and recommended the proposal. Mr Chidambaram, he said, approved the unanimous recommendation.
"If the minister is liable for approving a recommendation, the whole system of government will collapse," he said-ndtv