What is the most distinctive brandmark of Indian police?: Inhuman torture

Torture is an endemic characteristic of Indian policing.A commitment to eradicating it requires the police force as a whole to have zero tolerance for the practice besides a specific anti-torture law, which needs to be detailed, comprehensive and conform to international standards. For too long, supervisory officers within the security establishment have turned a blind eye to this everyday criminality within. (Illustration by C R Sasikumar)


The home minister’s recent pronouncement that the days of third-degree torture are gone is extraordinarily welcome. His announcement is as much a signal to the security forces to lay off this practice as it is an acknowledgment about something that everyone from the Supreme Court to the subaltern knows — that torture is an endemic characteristic of Indian policing.


Its presence is known, tolerated and even appreciated. Common Cause’s recent large national-level survey on the Status of Policing in India affirms the force’s easy camaraderie with violent means:

Three out of five personnel believe there is nothing wrong with beating up criminals and four out of five think it’s okay to bash them up to extract a confession. One in five even believes that killing dangerous criminals is better than a legal trial.

These widely held attitudes show up how flimsy the orientation to working within the law is at training; how deep is the sub-culture of ferocious machismo; and how high the tolerance for illegality within the supervisory cadre is.

Most of all, these results show up how confident torturers are that no consequences will flow from even extreme acts of cruelty. For too long, supervisory officers within the security establishment have turned a blind eye to this everyday criminality within. It is hard to understand what esprit de corps or institutional interest is served by siding with criminality within, but all too often when instances of torture become known, a pocketful of ready excuses is pulled out to defend the indefensible — necessity, poor working conditions, no other means, mental tension, and pressure from within and without which the moral fibre of the police seems unable to resist. In fairness, there are voices from within that have spoken out against these practices, but they are voices in the wind.

True it is that the conditions in which policing is done are very under par and true it is that people who come into the police net are not always lovely people. They can be cruel, vicious and cunning and oftentimes, well-connected. But their criminality is not for the police to punish. Their limited brief is to bring alleged criminals before the courts, however slow and ponderous their process.

That is the law. Yet, given the years of acceptance, encouragement and practice, it is very likely that several generations of active policemen don’t know that any assault and victimisation of anyone that is not entirely in self-defence is prohibited by law.

The home minister has suggested there may be amendments made to the criminal justice code. But he has not elaborated on these. At present, only a few sections of the Code of Criminal Procedure and the Indian Penal Code criminalise torture and custodial deaths. Experts and advocates feel that a few amendments tucked away in a large code are unlikely to have the visibility or effect that a comprehensive standalone law would. Governments of all hues have stoutly resisted doing this. India took its time to sign on the 1984 UN Convention Against Torture and signed on only in 1997 even though the absolute prohibition against the use of torture has long been established as a worldwide code or jus cogens that all countries have agreed to abide by. Signing means the country has, in principle, agreed to move forward to ensure that the practice of torture is entirely eliminated in its country. But ratification, the next step, obligates countries to pass laws at home that reflect the articles in the UN law. For 22 years, ratification has been left pending. In 2017, when it came to India’s turn to be peer reviewed under the Universal Periodic Review process no less than 29 countries made 37 recommendations that India take urgent steps to stop torture.

The few sporadic attempts to pass a brand new law have come to naught. In 2010, a weak and much criticised Prevention of Torture Bill lapsed. In 2016, the Law Commission drafted its own even more diluted version. Meanwhile, the NHRC has consulted with civil society to make its own suggestions to the home ministry and there the matter lies — and has lain for a long time. In the meantime, Parliament has heard that for 2019, the NHRC has registered over 400 cases of alleged deaths in police custody and over 5,000 cases pertaining to deaths in judicial custody. For the past three years alone, these have regularly clocked in at over a thousand a year.

A specific anti-torture law needs to be detailed, comprehensive and conform to international standards. It will need to have a broad descriptive definition of torture that includes mental torture; make it easier to prove as has been done in the case of custodial rape; fix responsibility not only on the perpetrator but on those who allow it to happen under their watch; make punishment more stringent especially where there has been sexual violence and ensure the state compensates and cares for its victims. It must also bypass the hurdles of Section 197 of the Criminal Procedure Code which requires permission before public servants can be prosecuted for actions done in the course of his duty. The Supreme Court has repeatedly made it clear that torture is no part of anyone’s duty but still prosecution and convictions continue to be difficult.

New legislation is only a beginning. Actualisation will take much more. Exhortations will not stop torture. Having policies, practices and performance in place to demonstrate implementation, will. It needs changes within and spurring from without. It needs old hands in the force to be reoriented, investigators to be skilled up with modern techniques of detection and forensic capacities across the country to be ramped up. At present, the national infrastructure is sorely wanting. It needs long-delayed human rights courts to be set up with specially trained judges in place. It needs agencies like local legal aid authorities to have clear guidelines to assist where there are allegations of torture and be proactive and not continue with bureaucratic procedures that delay service. It requires overseeing bodies like the many human rights commissions and police complaints authorities to do the same. It is not as some may imagine a mammoth task but rather one of making changes systematically down the line.

A commitment to eradicating torture also requires the police force as a whole to have zero tolerance for the practice and reinvent its purpose — not as an oppressive force at the beck and call of the powerful but as a service whose main work is the protection of the lives and liberties of each of us.

The Common Cause survey of 12,000 personnel at police stations uncovers the truth we all know — that political interference in investigation is near omnipresent. It subverts all. From this root all evil grows, yet it is also the most stubborn area to dislodge. It has made the police the handmaiden of whoever is momentarily powerful, and it is this compact of convenience that has probably prevented any strong initiatives to take illegality in policing off the table once and for all. 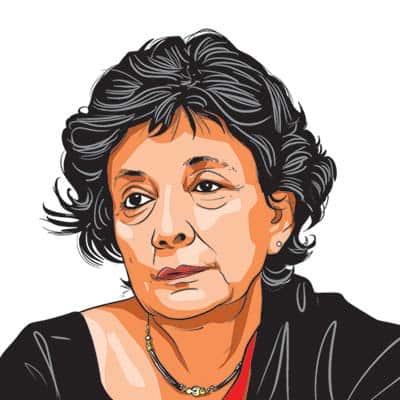 The writer is board member and senior advisor, Commonwealth Human Rights Initiative--IE