Ironically it is Narendra Modi who has always had a difficult relationship with the media from his days as chief minister, so when he became prime minister he stopped the practice of taking journalists with him on Air India One. It turns out he did not need to. 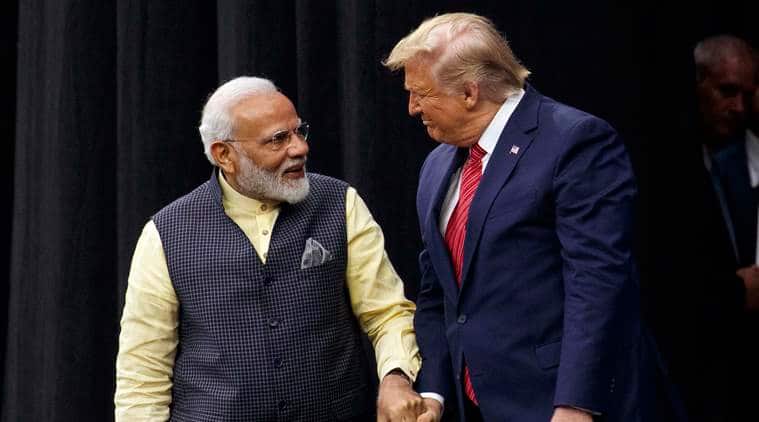 As a proud member of the Indian media for more than 40 years, I feel bad admitting that the TV coverage of the Howdy Modi tour has made me more than slightly ashamed. I switched channels endlessly (both Hindi and English) in search of one that was reporting the tour without hyper-ventilating and my search was in vain.

In the old days when the only Indian TV channel was Doordarshan, reporters exhibited a certain dignity and decorum when they were being obsequious and slavishly sycophantic. Even this was absent in the reporting on our supposedly independent news channels.

When I tried to analyse why there had been such humiliating hysteria in the reporting of Howdy Modi, I noticed that it was mostly to show that India’s leader had been better received than the leader of Pakistan. So eager were reporters to prove this that they even compared the size of the red carpets laid on the tarmac when the two leaders set foot on American soil.

With the excitement of cheerleaders they pointed out that Modi had put foot on an impressive red carpet, while Imran Khan descended from his ‘borrowed Saudi private jet’ onto a red ‘doormat’. They exulted over Donald Trump having mocked Pakistani reporters for sounding as if they were part of Imran’s team without realising that exactly the same could be said for them.

In Houston, the only show in town was Howdy Modi, so wall-to-wall coverage of this incredible show of support was understandable. But, when Modi got to the United Nations General Assembly (UNGA) with this army of famous Indian TV reporters following, did they not find anything else to report on? The issues before this session of the UNGA were serious and important to the whole world. There was the possibility of a war between the United States and Iran. There was the trade war between the United States and China. There was climate change and the urgency brought to it this time by the presence of Greta Thunberg. There was Boris Johnson and the possibility that he could lose his job while he was still in New York.

None of these issues seemed of any interest to the Indian journalists who followed Modi to the United States. When they were not reporting his speeches they were interviewing ‘experts’ about these speeches. Somehow the people they interviewed echoed their own opinion that Modi had received a welcome that no foreign leader before him had ever received in America. And, if they were not praising our Prime Minister, they were busy denigrating the Prime Minister of Pakistan.

The obsession with Pakistan seen these days on our supposedly independent news channels is embarrassing. Since the abrogation of Article 370 there is a discussion on Kashmir almost daily on one or other of our news channels. Pakistani commentators are invited to participate almost always and almost always they shout and scream rather than make a coherent case. But, instead of being disinvited next time, they are brought back time and time again to be harangued and insulted by anchors who are senior enough to know that this is not journalism but hyper-nationalism.

This genre of nationalism usually harms the country it seeks to support more than anyone else and there are definite signs that this has happened already. India and Pakistan stopped being hyphenated a long time ago but because of the manner in which the Indian media has taken to reporting our intractable differences, the hyphen is now back in place. When I tweeted about this last week, Ram Guha reminded me that the media could not be blamed ‘exclusively’ and that the fault really lay with our current leaders who seem to think it is enmity with Pakistan that defines our nationalism.

It used to be Pakistan that always behaved as if its very existence was defined by its eternal enmity with India. This made Pakistan seem like a small, petty country compared to India, so it is deeply saddening to see us bring India down to the same tawdry level of hostilities and enmity.

When political leaders do this, it is bad enough. But, when famous TV anchors behave like spokespersons of the government of India, it is much, much worse. Almost the first rule of journalism that I was ever taught was that the relationship between the press and government was fundamentally adversarial. This does not mean that we should spend our lives finding fault with everything that the government does, but it does mean that we must avoid behaving like paid propagandists.

Ironically it is Modi who has always had a difficult relationship with the media from his days as chief minister, so when he became prime minister he stopped the practice of taking journalists with him on Air India One. It turns out he did not need to. Tavleen Singh, a leading Columnist associated with The Indian Express..--IE