Indians are taking to the streets in many major cities, prompting, in some cases, crackdowns by the Indian Army and police. Modi himself, stunned by the public rebuke, has so far offered only platitudes 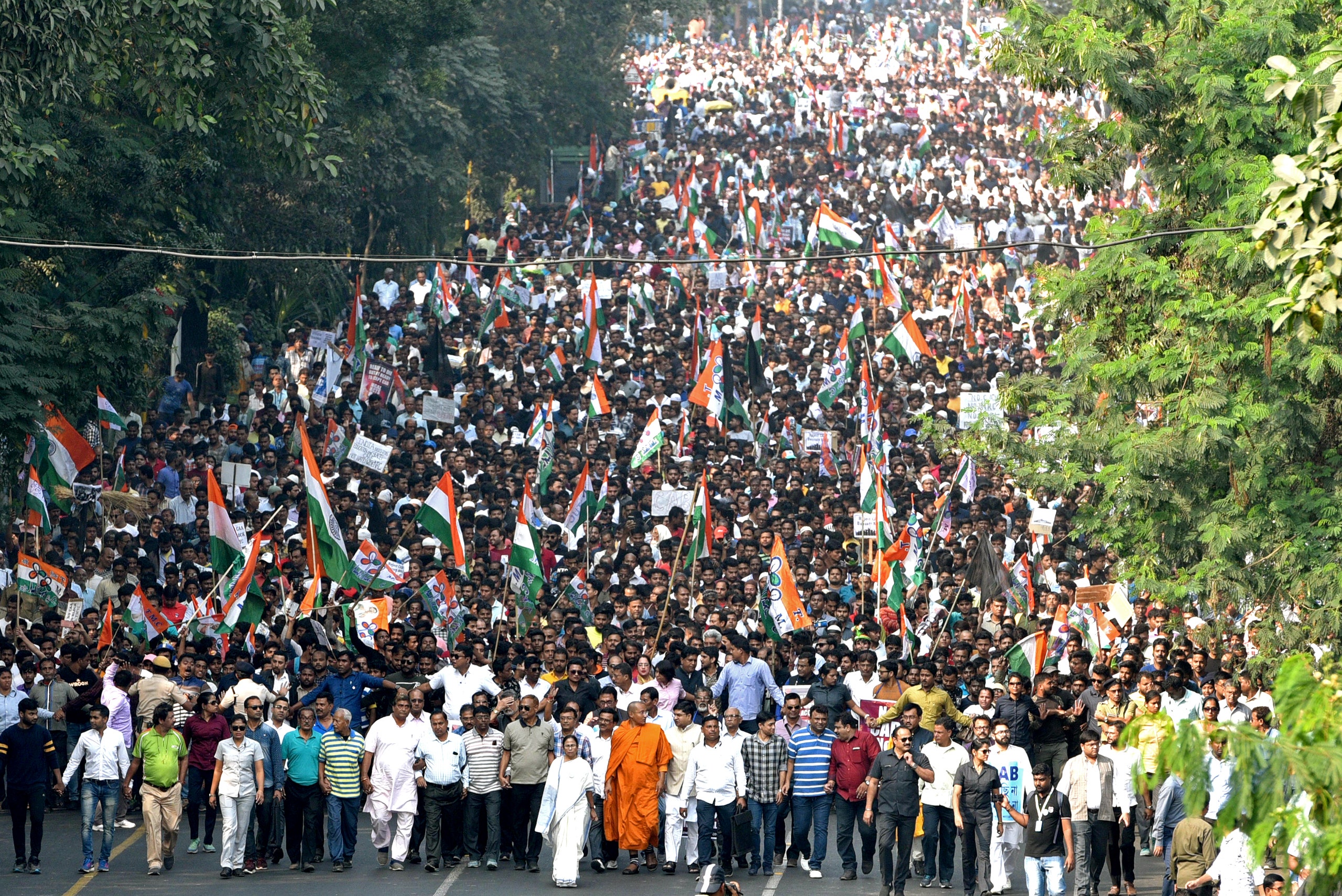 In response to legislation approved last week by Prime Minister Narendra Modi, Indians are taking to the streets en masse, prompting crackdowns by the Army and police.Photograph by Samir Jana / Hindustan Times / Getty

The street protests now sweeping India appear to be validating one of the oldest and most trusted maxims of politics: sooner or later, authoritarians will go too far. The authoritarian in this case is Narendra Modi, India’s Prime Minister. Since his reëlection victory, last May, Modi has mounted an aggressive campaign targeting the country’s Muslim minority, which numbers two hundred million.

In August, Modi’s government revoked the autonomy of Kashmir, the country’s only Muslim-majority state, and detained thousands of its young men. That same month, the government created a citizenship registry in the northeastern state of Assam, a move that could render as many as two million Muslims stateless. In each case, Modi met little resistance.


But legislation, approved last week, that grants a path to citizenship for immigrants living in India of every religion except Islam is provoking a nationwide backlash. Modi’s weak justification for the legislation was that he was trying to protect those migrants who face historic discrimination—Hindus, Sikhs, Jains, Parsis, Buddhists, and Christians. Everyone but Muslims, that is—who, without proper papers, would be left vulnerable to deportation.

For the first time since Modi became Prime Minister, in 2014, Indians, en masse, aren’t buying it. They are taking to the streets in many major cities, prompting, in some cases, crackdowns by the Indian Army and police. Modi himself, stunned by the public rebuke, has so far offered only platitudes. “We cannot allow vested interest groups to divide us and create disturbance,” he wrote on Twitter on Monday.

Strong men, typically surrounded by sycophants, are often the last to realize that their popularity is not what they thought it was. Modi is not a dictator; in May, he and his party, the B.J.P., captured a majority of seats in the lower house of parliament, giving him a second term as Prime Minister. But, as I detail in my recent article on India for The New Yorker, Modi has, by deploying a vicious anti-Muslim rhetoric, persuaded India’s huge Hindu majority to give him nearly unchecked power. He has neutered the judiciary, bullied his critics, and smothered the free press.

The means of Modi’s ascent has been the demonizing of Muslims. In 2002, when he was Chief Minister of the state of Gujarat, Modi presided over a mass communal bloodletting, in which some two thousand people were killed and a hundred and fifty thousand driven from their homes. Most of the riot’s victims were Muslims; the demography of the state was transformed, with most Muslims crowded into ghettos. Credible evidence suggests that Modi allowed the riots to take place by refusing to use force against the perpetrators. At the very least, Modi capitalized on the pogroms politically, tapping into historic resentments about the nation’s former Mughal rulers and prejudices harbored by many Hindus—namely, that Muslims receive special treatment and support terrorism. Modi became a master of the anti-Muslim dog whistle, and he rode his reputation all the way to the Prime Minister’s office.

Nothing that Modi has said about Muslims since becoming Prime Minister should be surprising. His platform is part and parcel with the vision of India’s Hindu nationalists, particularly the B.J.P.’s parent organization, known as the R.S.S., of which Modi is a member.

Since the Indian state was founded, in 1947, the R.S.S. and its foot soldiers have rejected one of the country’s central ideals, set forth by Mohandas Gandhi and Jawaharlal Nehru: that the Indian state would be secular, and that the rights of all minorities would be protected. Since the R.S.S.’s founding, in 1925, its leaders have propounded the view that India is a Hindu nation, and that Hindus should reign over the country’s minorities. It was a Hindu nationalist and former member of the R.S.S., Nathuram Vinayak Godse, who murdered Gandhi, in 1948; he thought Gandhi was a dangerous appeaser of Muslims. As India’s communal divide worsens, Godse’s ghost is running free.

The big question is where Modi’s campaign ends. The future does not look promising: Kashmir is an open-air prison, with Internet cut off, mobility curtailed, and soldiers crawling the streets. In Assam, the site of the new citizenship registry, the Indian government is planning to build a network of detention centers. The new path-to-citizenship law seems to herald a future in which Indian Muslims are accorded second-class status. Since 1947, the Muslims of India have been distinguished by their widespread refusal to embrace radicalization. If the present circumstances carry on, it seems likely that many of them may conclude they have no other choice.

The campaign waged by Modi and his fellow Hindu nationalists has done immense damage to the legacy of Gandhi and Nehru and their vision of a secular Indian state. As the demonstrations there are proving, democracy may be the one thing that can save it.

Dexter Filkins is a staff writer at The New Yorker and the author of “The Forever War,” which won a National Book Critics Circle Award.—New Yorker