JNU mob attack: In the photos, a group of men in jeans and jackets and carrying sticks are seen walking in a file near a bus stop inside the campus 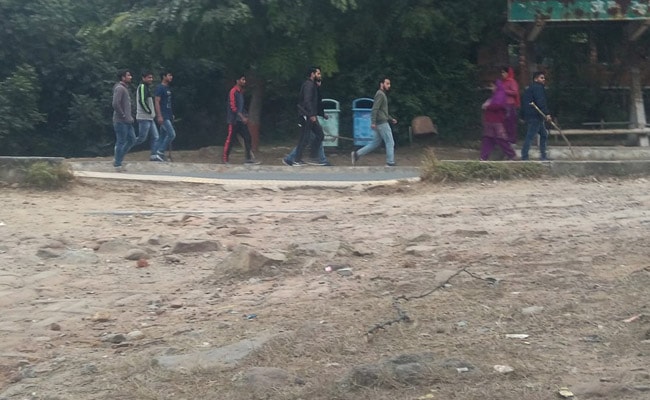 Photos have emerged that show some men armed with sticks and rods entering the campus of Jawaharlal Nehru University in Delhi, around the time when a mob attacked teachers and students of the university.

In the photos, a group of men in jeans and jackets and carrying sticks are seen walking in a file near a bus stop inside the campus around 6:45 pm, minutes after a mob attack was reported. They are seen taking a left turn towards the university building. In the photos, the men are not yet wearing masks.


At least 30 students and a dozen members of the JNU faculty are being treated for injuries at AIIMS. The JNU Students' Union has alleged the attack was carried out by members of the BJP-linked student body ABVP and the party's ideological mentor RSS. The ABVP has denied the allegations. 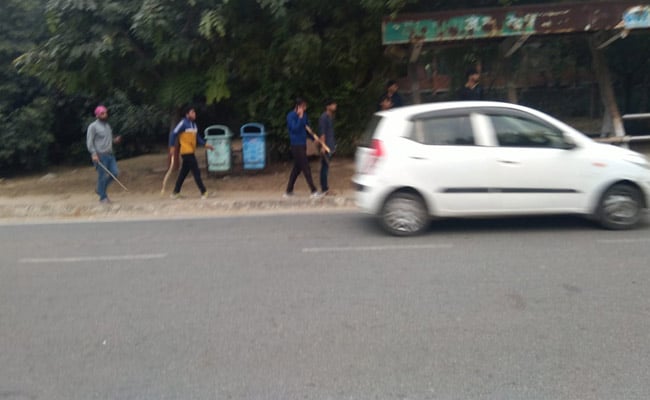 The men were seen entering the JNU campus with sticks
Police are patrolling the campus now.
The students at JNU who came under attack said the police did not intervene earlier. Saket Moon, vice-president of the students' union, claimed the mob was going from room to room "indiscriminately attacking students". Through it, security guards remained "mute spectators", he said. 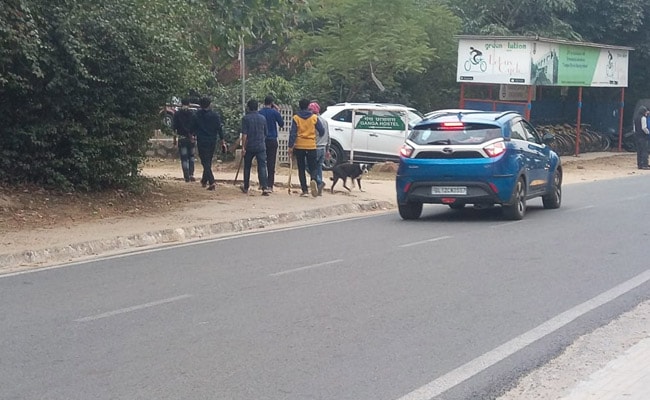 The men carrying sticks are seen taking a left towards the JNU building
In a message, the JNU administration appealed for calm. "The JNU Administration has called the police to maintain order. Efforts are being made to tackle the miscreants," read a message from the Registrar.

Women at the forefront, outside the campus resisting fascism. Chanting Inquilab Zindabad pic.twitter.com/n9LzXKqrBe

The government has sought a report from the Delhi Police.--ndtv