The most significant cost will be the hardship and suffering caused to genuine Indian citizens without adequate documentary proof of their citizenship. 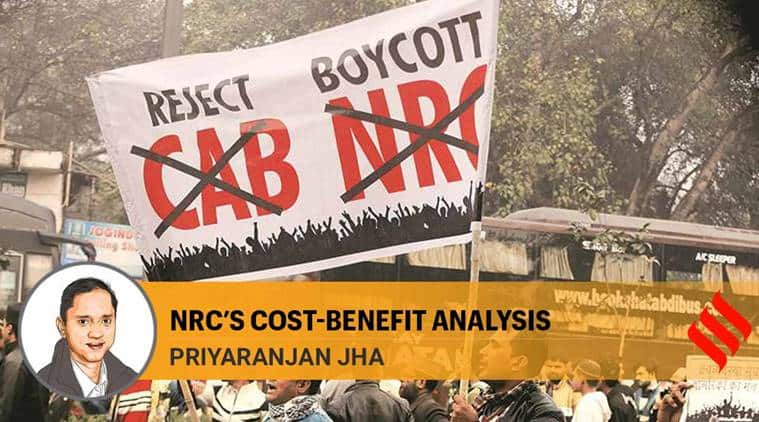 “In sum, the economic and demographic factors pushing Bangladeshis to migrate to India have reversed,” writes Priyaranjan Jha.

With the passage of the Citizenship Amendment Act (CAA) coupled with the proposed nationwide National Register of Citizens (NRC), massive protests have erupted across India. The primary goals of the NRC are to create a register of citizens in order to identify illegal immigrants and deter future illegal immigration. While these goals may seem practical from a national security standpoint, will they be achieved? And if so, at what cost?

The estimated monetary cost of the recently concluded NRC in Assam — a state with approximately 1/40th the population of India — was approximately Rs 1,600 crore. Scaling such a venture to a nationwide level could result in a monetary cost of Rs 64,000 crore (40 times that of the cost in Assam) or even more, depending on how thoroughly the government wishes to complete the task. To put this number in perspective, India’s annual education budget was Rs 96,000 crore in 2019. Thus, the monetary cost of the NRC would be at least two-thirds of the annual education budget.

The non-monetary costs would include the time cost for citizens in gathering the documents and complying with the NRC, bribes demanded by bureaucrats (particularly from the poor), and the enormous burden of litigation on the judiciary. Individuals deemed illegal can take legal recourse, but the vast number of cases going through several layers of the judiciary will take years to resolve.

The most significant cost will be the hardship and suffering caused to genuine Indian citizens without adequate documentary proof of their citizenship.

My UC-Irvine colleague, Kamal Sadiq, found in his research that Bangladeshi illegal immigrants have been successfully obtaining citizenship papers. Unlike their illegal Bangladeshi counterparts, poor citizens of India will disproportionately be the victims of the NRC process as they have never considered the need for citizenship documents in the past.

It is unclear if someone deemed illegal will be deported. After all, where can you deport a stateless individual? It is more likely that they will be held in detention centres indefinitely and, ironically, be dependent on the state instead of working and contributing to the economy.

Is illegal migration from Bangladesh a major problem for India? Estimates of illegal migration are hard to come by, but wild guesses range from 2 to 20 million. There is, however, an unambiguous downward trend in the number of Bangladesh-born people living in India, declining from 3.7 million in 2001 to 2.7 million in 2011, as corroborated by Chinmay Tumbe based on census data.

Whatever be the number of illegal migrants already in the country, the number of Bangladeshis sneaking into India illegally over the last couple of decades and in the future will be negligible for myriad reasons. The key motivation for an economic migrant is the difference in the living standards between the home and the host country.

Do migrants from Bangladesh cause an economic drain on the Indian economy? There is ample empirical evidence that immigrants tend to be younger and more likely to work and contribute to the GDP of the host country. Similarly, the claim that immigrants commit more crimes has no empirical support. In fact, research by Alex Nowrasteh based on data from Texas in the US found that illegal and legal immigrants both have lower incarceration and criminal conviction rates than native-born Americans. There is no reason to believe that Bangladeshi migrants are any different in this respect.

In sum, the economic and demographic factors pushing Bangladeshis to migrate to India have reversed. Identifying illegal migrants through the NRC will be cumbersome and the costs far outweigh the benefits. If the Indian leadership still wants to deter illegal immigration from Bangladesh, they should devote more resources towards securing the border instead of spending a colossal amount of money on the NRC. A barbed-wire fencing, which exists in some parts, could be erected along the entire border, supplemented by more resources to patrolling and electronic surveillance, at a fraction of the cost of implementing an NRC.

While the NRC in Assam was politically necessitated and mandated by the Supreme Court, there is no such compulsion for a nationwide NRC. Given the enormous costs of the NRC and meagre benefits, the only rationale for conducting it would be the political dividends it will yield to the ruling party. One can only hope that better sense will prevail.

The writer is professor, Department of Economics, University of California, Irvine-IE

Email ThisBlogThis!Share to TwitterShare to FacebookShare to Pinterest
Labels: Opinion