It is no wonder then that Kejriwal is called a maverick. He may not be as astute as Modi or a Chanakya like Amit Shah, but he is aware of his strengths and knows Delhi better than any leader of significant stature in the city. He is no longer the gullible social activist who wanted to fight every issue. As a politician, he has come of age. And that will make this Delhi election difficult for both Modi and Shah. 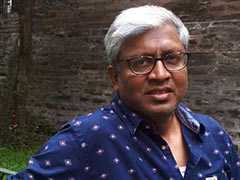 
The Shaheen Bagh protest which is creating waves even in international media is a non-issue for the Aam Aadmi Party. And the BJP in Delhi is confused by this. It may be puzzling for political pundits as to why AAP, which was born out of a social movement and which was once famous for hitting the streets at the drop of a hat, is not seen even in close proximity of Shaheen Bagh.

The other day, I was there. It was late in the night, the whole area was overflowing with protesters, but I did not see a single AAP cap, nor could I recognise any AAP volunteer.

I was surprised as the assembly elections are scheduled for the first week of February. This is the time when every leader worth his or her salt is looking for a gathering to connect with voters. Here, thousands of people are coming from all walks of life, some to pay their allegiance and some to be a mere witness to the 'Tamasha'. But it has been 37 days and not a single senior leader from AAP has visited Shaheen Bagh to address the crowd or show solidarity.

Even the local MLA from AAP, Amanatullah Khan was seen only once when Jamia Milia Islamia students organised a protest against the Citizenship Act after it was passed by parliament and the Delhi police brutally lathi charged student, provoking a global furore. That day, BJP leaders immediately named Amanatullah and blamed him for the riot-like situation and for spreading a communal virus.

One BJP leader, in a phone interview to Aaj Tak news channel, accused Amanat of creating a Godhra-like situation in the Jamia area. Amanant was immediately told to go underground and not associate himself with the CAA/NRC movement which later culminated in the Shaheen Bagh protest. 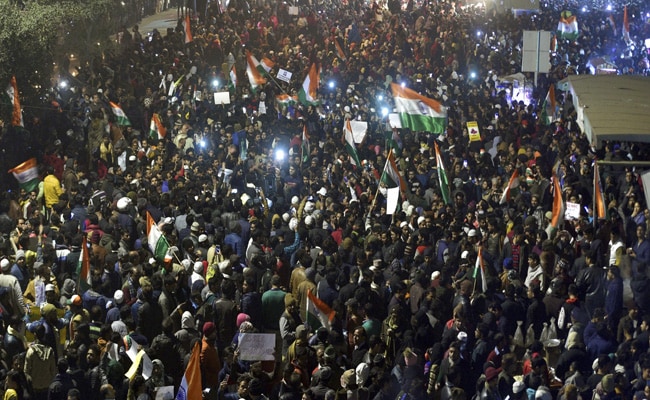 Thousands have braved the Delhi winter to protest the citizenship law at Shaheen Bagh
So what is the mystery behind the "silence" on Shaheen Bagh? Why does AAP not want to touch this issue with a barge pole? Though it is to be underlined that AAP opposed the Citizenship Amendment Act or CAA during the vote in parliament. AAP supremo Kejriwal had 'vaguely' tweeted opposing the CAA. But that was it. Since then, AAP leaders are not entertaining any question on CAA/NRC. When AAP leaders are asked questions on this, they divert and say they would like to discuss other pressing issues related to economy and unemployment.
In an earlier column here, I have argued that AAP is no longer the movement which it was, and it has metamorphosed into a traditional political party which has realised in the last five years that it has limited political space which it loses when it is lured into a national issue. AAP has wisened up due to its past misadventures. It has realised that nationalism and Hindutva are the BJP's core issues and it would be idiotic if the BJP is allowed to play on its pitch - it will in fact be a political trap for AAP.
Since Modi assumed the mantle off he top leader of the party, the BJP has successfully created a narrative in which "masculine" nationalism and "robust" Hindutva are creatively enmeshed. They have successfully sold the idea to a section of the society that Muslims and Left Liberals reject any idea which is remotely Indian or Hindu, they have imbibed western values and always undermine Indian ethos, they live in India but talk about Pakistan, support Urban Naxals, and fight for terrorists like Afzal Guru. In language typical of dictators like Hitler they call them 'internal enemies' along with alluding to minorities as 'termites' who should be exposed, fought and eliminated.

Delhi Chief Minister Arvind Kejriwal (File photo)
When the world is rejoicing at the resurrection of Gandhian Satyagrah through Shaheen Bagh, the BJP and the RSS have been out to paint Shaheen Bagh as a symbol of "Islamic resistance" to a patriotic cause. The BJP's TV panelists openly call the Shaheen Bagh protest a reflection of Islamic terrorism; they use words like 'intifada', meaning a religious war for the Islamic cause.

Fake news is circulated by right-wing Twitter handles and social media platforms on a daily basis. In one video that was circulated, it was claimed (wrongly) that protesters were shouting slogans like "Jinnah wali Azadi".

In Mumbai one poster with the words "Free Kashmir", raised by a woman activist, was specifically highlighted. Right-wing TV channels closely aligned with the BJP/RSS have played up such trivial issues and are painting an unflattering picture of the movement against the CAA/NRC.
The BJP and the RSS have refused to admit that protests like Shaheen Bagh are spontaneous and are gaining support among Hindus too. For them, Shaheen Bagh is a movement by the Muslims and for the Muslims. They refuse to accept, at least publicly, that Hindus are also upset with the CAA/NRC.

AAP in its wisdom has concluded that if they are seen at Shaheen Bagh or join the protest against CAA/NRC, it will harm them electorally. It will provide an opportunity to the BJP to colour AAP as a party indulging in Muslim appeasement; this will open doors for the BJP for consolidation of Hindu votes.
AAP burnt it fingers in 2016 when Kejriwal issued a video statement at the time on the surgical strike carried out by the Indian army to destroy terrorist launch pads across the border. Kejriwal had then said that since Pakistan was asking for proof of the surgical strike, the Modi government should share the evidence.

Union minister Ravi Shankar Prasad immediately condemned his statement and implied that it amounted to questioning the valour of Indian soldiers. It was considered a major blunder by AAP leadership as the BJP went to town, blaming AAP of going against the national interests and playing into the hands of Pakistan. AAP soon after badly lost local municipal elections.
Since then, Kejriwal has matured as a politician. He now knows that it is futile to compete with the BJP on the issue of nationalism and Hindutva. It is better for AAP to highlight the performance of its government and emphasize what it has delivered in the last five years as also the fact that it has an achievable blueprint for the next five years.

Moreover, AAP is not scared of losing Muslim votes in Delhi. In its opinion, the Congress in Delhi is not in a position to split Muslim votes as Muslims have sensed that AAP is the only force which can defeat the BJP and it does not matter if AAP avoids Shaheen Bagh.
It is no wonder then that Kejriwal is called a maverick. He may not be as astute as Modi or a Chanakya like Amit Shah, but he is aware of his strengths and knows Delhi better than any leader of significant stature in the city. He is no longer the gullible social activist who wanted to fight every issue. As a politician, he has come of age. And that will make this Delhi election difficult for both Modi and Shah.
(Ashutosh is a Delhi-based author and journalist.)--ndtv
Posted by Raj Rishi at 8:16 AM