Power to the goon

The mob violence on JNU students is a chronicle foretold. Those whose job is to protect the campus are accomplices... A campus where goons are empowered is one that will shrivel — and shrink a nation’s future A narrative of aggressive nationalism was carefully nurtured to normalise the vilifying of the university and its inhabitants, dogwhistling that targeting JNU has the sanction of the government


The vicious attack on students and teachers in JNU by a group of goons, allegedly affiliated to the RSS student-wing ABVP, on Sunday night is not merely a case of campus violence peaking. It is the outcome of the daily demonising of the university, its staff and faculty, over a period of time by people holding high public office.


The mob that went on a rampage in the campus, including in girls’ hostels, was empowered by the very government that is vested with the power and responsibility to uphold law and order, to act as it did.

It did not happen in a day, of course; it has been in the works ever since JNU was seen by the establishment as a rebel outpost. Students and faculty have been branded “anti-nationals”, who need to be punished.

Phrases like “tukde tukde gang” and Urban Naxal were used by BJP functionaries, including senior ministers, to describe students and cases foisted on student leaders.

A narrative of aggressive nationalism was carefully nurtured to normalise the vilifying of the university and its inhabitants, dogwhistling that targeting JNU has the sanction of the government. 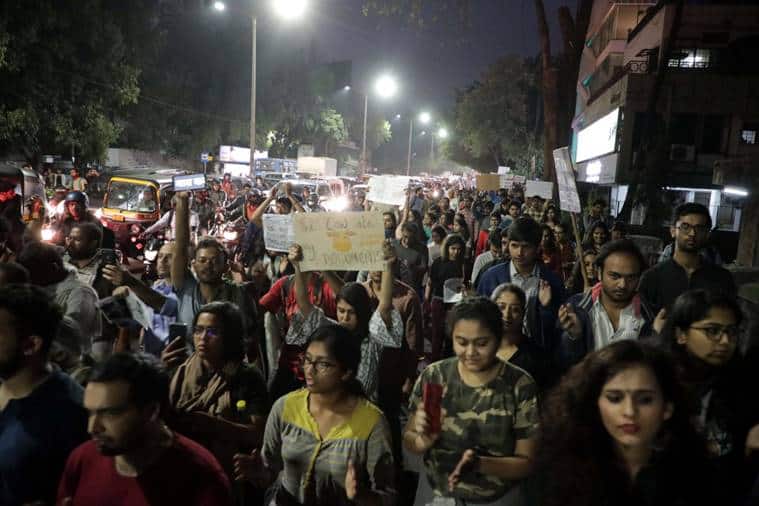 Two members of the Union Cabinet, both JNU alumni, have condemned the incident. But this rings hollow.

Visuals of hooligans roaming in dormitories and the campus, wielding hockey sticks and bludgeons, shouting “desh ke gaddaro ko, goli maaro saalo ko”, and finally trooping out of the campus, under the benign gaze of Delhi Police, are available in the public domain.

Delhi Police, which the other day was seen wreaking havoc on the Jamia Millia Islamia campus, has been coy to act against the thugs who had a free run in JNU.

The vandals have been aided and abetted by the institutions that ought to have cracked down on them in the first place. What is the message that is sent out? Who is to act against the hooligans?

How long before such mob transforms itself into lynch bands that have murdered people in the name of food and faith in Uttar Pradesh, Rajasthan and Jharkhand in recent years. 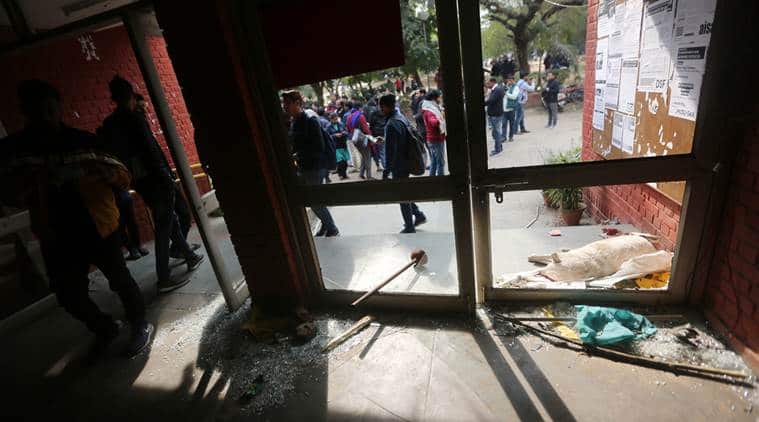 The wardens of JNU hostels that faced the brunt of the thugs have quit their posts, taking responsibility for failure to protect students.

The university vice-chancellor, M Jagadesh Kumar, a divisive presence in the campus at the best of times, seems to run the university as a department of the Union Human Resources Development Ministry, its strings pulled by Union Home Ministry.

Clearly, his fidelity is not to the students and staff — his tenure is remarkable for its failure in winning the trust of the campus. Kumar should be relieved of the responsibility he has long abdicated. But for that to happen, saner heads need to prevail. Who understand that a campus where goons are empowered is a campus that will shrivel — and shrink a nation’s future.--IE