PM Modi's SPG protection cost is Rs 11,263 a minute. That is Rs 675,780 for every hour. Yep, One crore sixty two lakh eighteen thousand seven hundred twenty rupees a day! This fakiri is a costly affair for the exchequer@t_d_h_nair 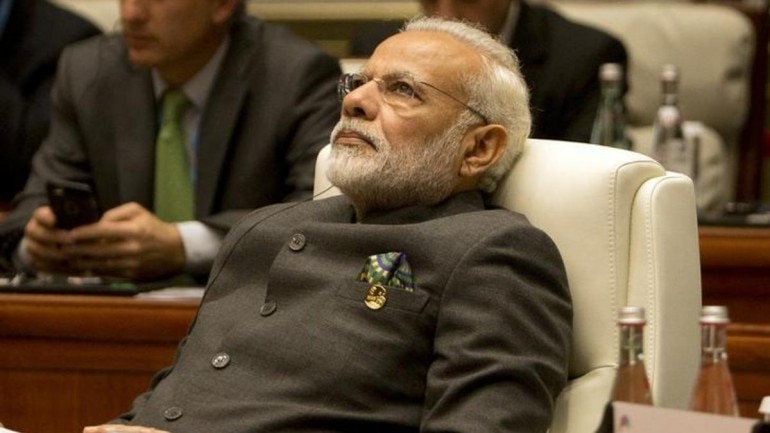 Prime Minister Narendra Modi is the lone SPG protectee, home ministry said this in the Lok Sabha in a written reply on Tuesday. (Photo: Reuters file)

It was a known fact. Law had been amended and notified last year. Yet, a question was asked in Parliament and the home ministry gave a written reply in the Lok Sabha making it official that Prime Minister Narendra Modi is the lone Special Protection Group (SPG) protectee.

DMK parliamentarian Dayanidhi Maran sought to know "the details of the current protectees under the Centrlal Reserve Police Force (CRPF) and the Special Protection Group (SPG) in the country".

In response, Minister of State for Home G Kishan Reddy said the SPG protects only one person but he did not identify the protectee, namely, PM Modi. He also did not give details of CRPF protectees and the VIPs whose security cover has been changed since 2014 - Maran had also sought to know this information - citing "security reasons".

The CRPF secures 56 important people in the country, the MoS Home Reddy informed the Lok Sabha on Tuesday.

The question gains significance in the view of the budgetary allocation made for the SPG, a 3,000-strong force of special commandos, in the Union Budget 2020-21. The elite SPG force has got Rs 592.55 crore for 2020-21 - an increase of about 10 per cent in budgetary allocation.

This hike was unexpected in the sense that before the SPG Act was amended last year, the elite force was responsible for protection of four VIPs. The other three were Gandhis - Congress president Sonia Gandhi and her children Rahul Gandhi and Priyanka Gandhi Vadra.

The budgetary allocation for four SPG protectees in 2019-20 was Rs 540.16 crore. This made per capita cost of security cover at Rs 135 crore, that is, average cost of protecting the four VIPs - PM Modi and the three Gandhis - was Rs 135 crore each. This means that per capita cost of SPG cover increases by almost 340 per cent this year.

The SPG came into being in the aftermath of the assassination of then Prime Minister Indira Gandhi. Her son Rajiv Gandhi was the prime minister at the time. The force was created for the protection of the prime minister and immediate family. Rajiv, Sonia and their children Rahul and Priyanka became automatic SPG protectees.

A sharp spike was seen in budgetary allocation for the SPG in 2019-20 to Rs 535 crore, from Rs 385 crore in 2018-19. It was an election year which meant all the four SPG protectees of the time - PM Modi, Sonia Gandhi, Rahul Gandhi and Priyanka Gandhi - were likely to undertake extensive tour of the country, thereby swelling the SPG bill.

Being the ace campaigner for the BJP, PM Modi is the most sought after party leader even in state elections. This entails much more domestic tours for PM Modi. This was, however, not the case with his predecessor Manmohan Singh.

In his response, Reddy told Parliament, "Security is provided on the basis of threat assessment by central security agency. It is subject to periodic review. Based on such review, the security cover is continued or modified."

The amended SPG Act says the elite force is responsible for the security of the serving prime minister and the immediate family staying at PM's official residence, and the former prime minister and the immediate family for a period of five years since leaving the Prime Minister's Office. As Narendra Modi is in the power for more than five years, his predecessor Manmohan Singh is no longer entitled to SPG cover.-India Today